Anna Atkins was an English botanist and photographer. She is often considered the first person to publish a book illustrated with photographic images. Some sources claim that she was the first woman to create a photograph. No I hadn’t heard of her before today either, Google decided to use it’s doodle to tell us about her. 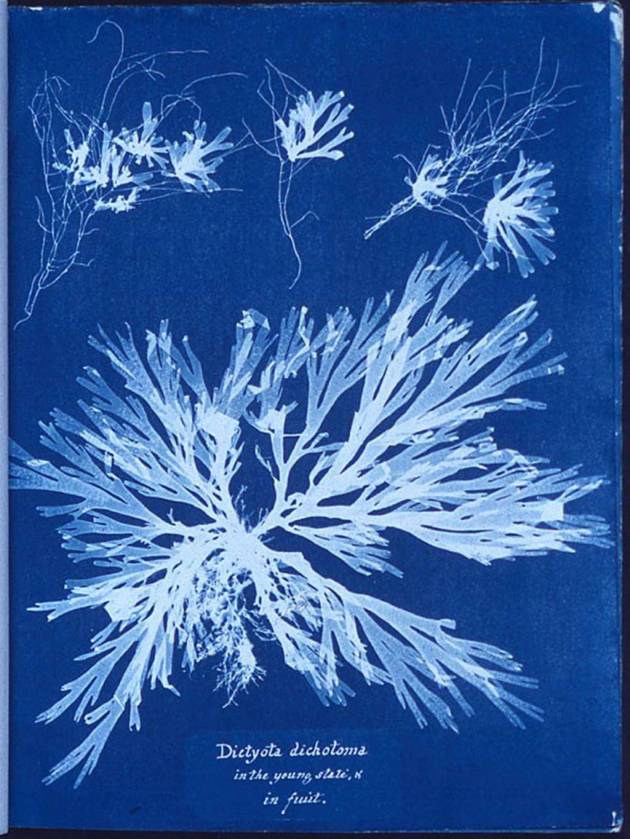 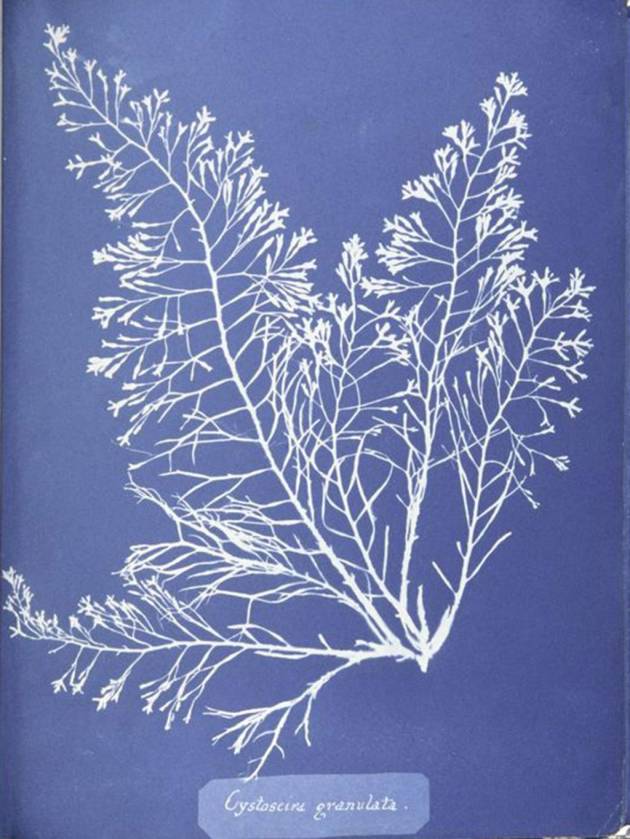 Today marks the birthday of Anna Atkins, a British botanist whose use of cyanotypes – or ‘sunprints’ – of plants and algae in botanical studies paved the way for the use of photography in scientific publishing.

Now versions of her beautiful photographic images are being used as a Google doodle to celebrate the 216th anniversary of her birth, in 1799. The delicate leaves used to spell out the name of the search engine are slate blue against a darker blue background. This is due to the cyanotype process, which involves the exposure of a mix of ammonium iron citrate and potassium ferricyanide to ultraviolet light, leaving the paper so-called Prussian blue.

In fact, the word ‘blueprint’ comes from the same process, which had previously been used to reproduce architectural drawings and designs. Atkins’ claim to fame rests on her realisation that the photographic process could be used to give accurate and detailed botanical images, thus advancing the possibility of scientific illustration. She did this by placing leaves directly on the paper for the length of the exposure, which makes these, strictly speaking, photograms, rather than photographs.

Ann Atkins’ use of cyanotypes in botanical books was a first for scientific publishing, and for photography

However, Atkins’ first book using the technique didn’t show leaves such as those we see in today’s Google Doodle. Instead this was Photographs of British Algae, in 1843, a privately published collection with handwritten captions to the individually produced cyanotypes.

It was her mentor – and the inventor of the cyanotype process – English astronomer Sir John Herschel, who produced the first commercially published book illustrated with photographs, The Pencil of Nature, in 1844. 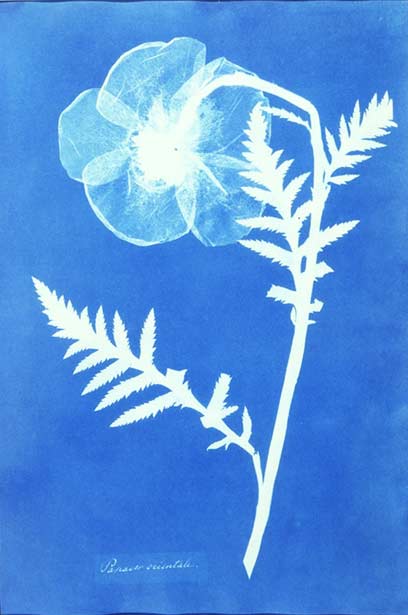 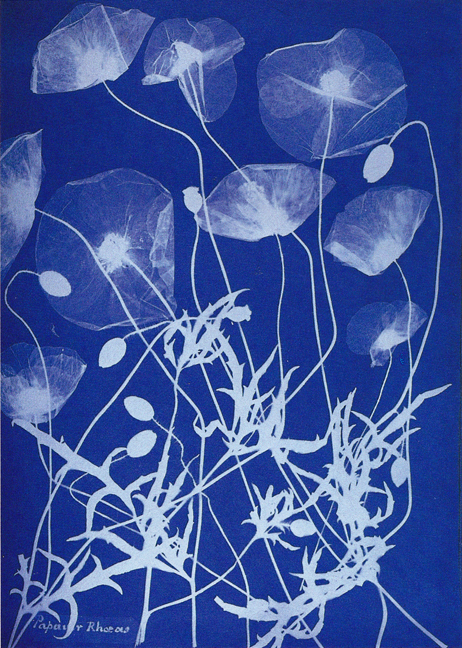 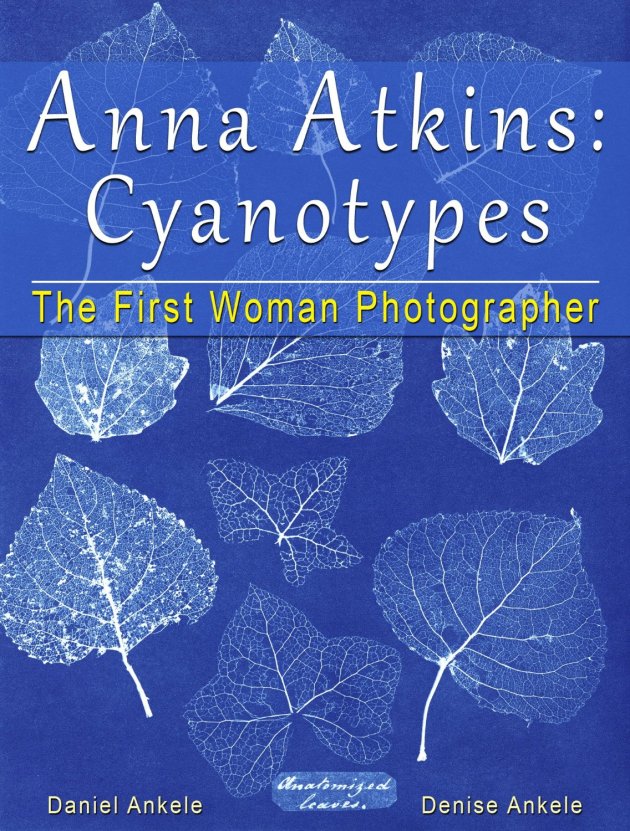