Thanks to The Atlantic for this roundup of images from the opening night of the London Olympics. These images are so much better than anything seen on tv, make sure you have a look at these fantastic pictures

Last night the 2012 Summer Olympics kicked off with a huge Opening Ceremony in London’s new Olympic Stadium, an event watched on television by an estimated 1 billion viewers. Performances paid tribute to British heritage and culture, from agrarian beginnings through pop culture successes like the Beatles and J.K. Rowling. Contingents from more than 200 nations marched in the athletes parade, and the evening was capped off by the lighting of the Olympic Cauldron, a performance by Paul McCartney, and a huge fireworks display. Collected below is just a glimpse of last night’s ceremony, as the 2012 Olympics are now underway. [44 photos] 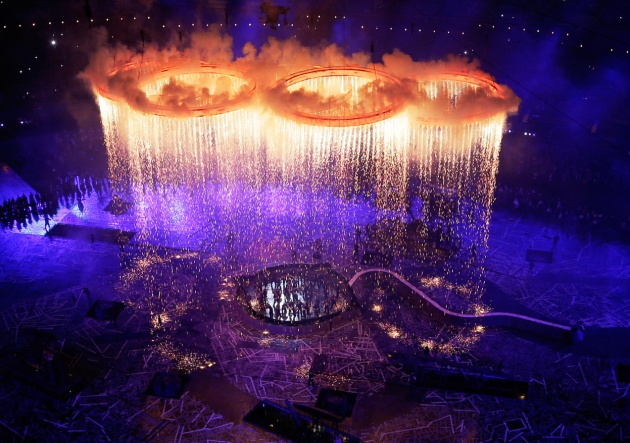 Britain’s flag bearer Chris Hoy holds the national flag as he leads the contingent in the athletes parade in the Olympic Stadium, on July 27, 2012. (Reuters)

Union Flags, commonly known as the Union Jack, are projected on the Palace of Westminster next to Big Ben on the bank of the River Thames, on July 27, 2012. (Reuters/Sergio Perez) 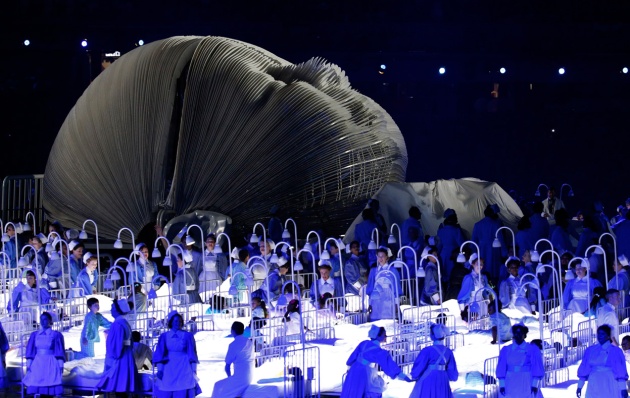 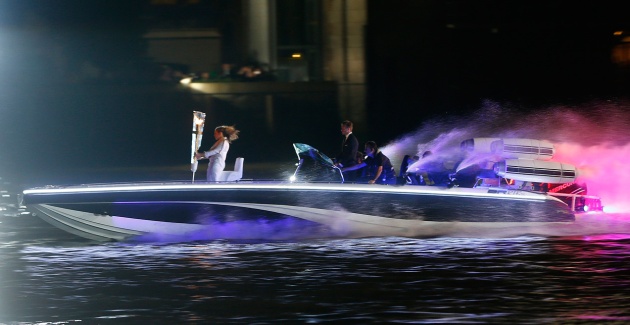 Britain’s David Beckham (center) drives a powerboat with the Olympic torch as fireworks are launched over Tower Bridge during the Opening Ceremony of the London 2012 Olympic Games, on July 27, 2012. (Reuters/Eddie Keogh)

Actors portraying the Queen of England and James Bond arrive via parachute after jumping from a helicopter during the Opening Ceremony of the London 2012 Olympic Games, on July 27, 2012. (Reuters/Murad Sezer) 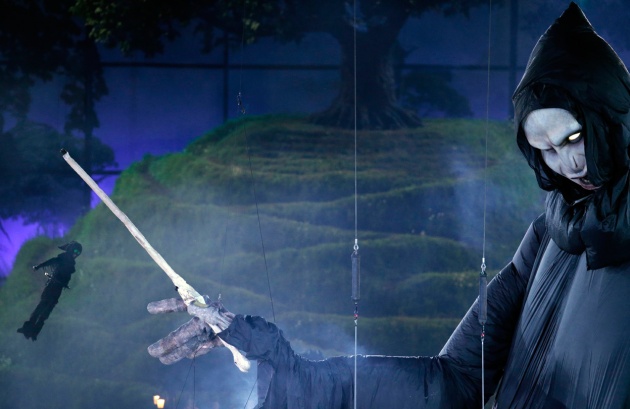 A giant marionette of Lord Voldemort from the Harry Potter books makes an appearance in the Opening Ceremony, on July 27, 2012, in London. (AP Photo/Ivan Sekretarev)

A wide-angle view of the Olympic stadium during the Opening Ceremony of the London 2012 Olympic Games, on July 27, 2012. (Reuters/Pawel Kopczynski)