from  L1GHTB1TES another gem from György László 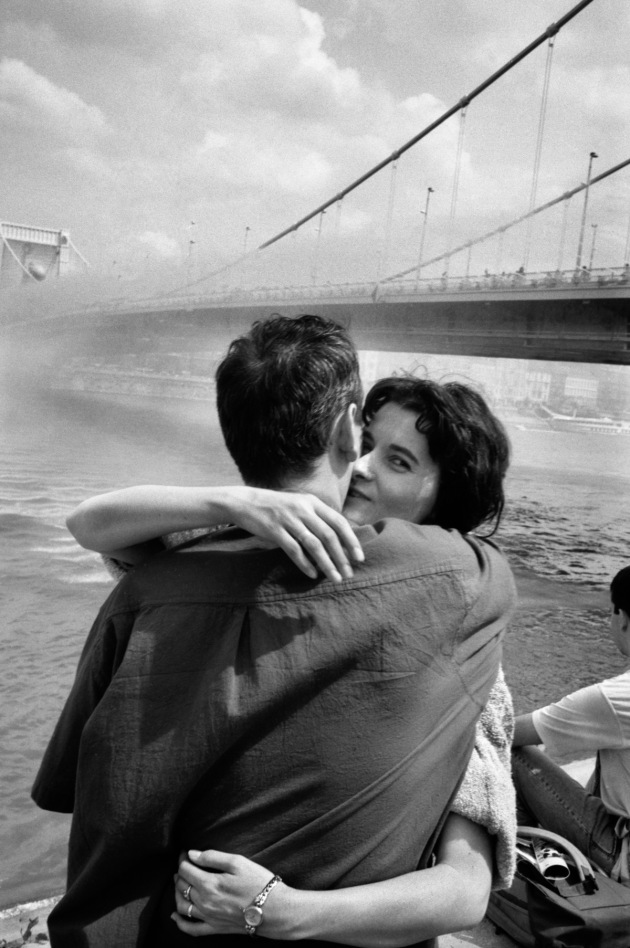 GL: Any image is a record of two roads crossing: the person behind camera walks onto the path of the person in front of it. How did this meeting happen?
BB: This picture was born like many others of mine, like almost all of them. First, I check out if something is happening today in the town (or in the world) I am living in. For the past almost 20 years this city has been Budapest. That day in 2004, Hungary was celebrating joining the European Union. Having lived here – at that time – for more than 10 years, I knew that e-v-e-r-y-o-n-e was waiting for this moment. A huge, festive weekend took place and I was out with friends and kids, strolling on the waterfront, on the Buda side. When I had the feeling that something was about to happen I stopped and waited and told my friends that we’d meet somewhere later. Ninety-eight percent of the time I am alone when I work, but I remember that this day, there were many of us around.
GL: The metaphor we use when talking about ‘capturing a moment’ is misleading in some ways. A moment like this is about the years, months or minutes leading up to it that get you ready, as a photographer, as an observer to capture it.
Bruno_Bourel_Jaszai Mari ter-2BB: This is very difficult to explain. This is maybe the essence of the medium. To reach that rare moment of grace where everything is (?!) or seems to be perfect, seems to fall into place for the structure of the image: light, composition, emotions and above all – for me – the strength of a picture to go beyond time, the particular date or year that it was taken. No relation to time, just an instant extended to a whole lifetime. I think an image could guide or live with you until you die!!!
One has to disappear in front of the model, being at the right time at the right place and being willing to share a human emotion. I think I am walking on a very thin line: many subjects and topics all guided by the light that surrounds me and the goal is to go beyond the surroundings and to show the inner light!!!
And yes this requires concentration, paying attention almost every minute while at work. After all, everything is in front of you, but you do have to pick it up!!!

From our man (still) in Damascus, John Wreford words and pictures

Our great friend John Wreford is sticking it out in Damascus for the time being, it is his home and has been for 10 years. To many his reluctance to leave would seem to be verging on the insane but John is a man of great fortitude. When I had the chance to travel with him through Syria in 2009 I found that everywhere we went he was greeted like a brother. People would stop him in the streets to say hello and embrace him, hotels we stayed at refused to take payment treating him like family, it didn’t seem to matter where we were there was someone who knew him. I guess that is why he is still there. This piece he has written for Roads and Kingdoms, here are the opening passages…

All photos by John Wreford

Damascenes have long told themselves that their city is where all journeys, all religions and all civilisations begin and end. We who live there now also know that Damascus will be where the final battle for control of Syria will be fought.

Rebel forces are gathered just a few kilometers from the stone walls of the Old City, and inside the walls for almost a year now we have lived with the terrifying sounds of war, the scream of fighter jets, gun battles raging and shells flying overhead. War on our doorstep.

For me the only journeys I ever take these days are around the souks and alleyways of my neighborhood. On these walks I am not only trying to get a sense of the situation, but also a bit of the reassurance that comes from seeing the market busy with shoppers and children heading off to school. I drop in on friends and get updates on the crisis. Often it’s only gossip and rumor, but there are few other reliable sources of information. I check to see what food is in the market and at what price, as there have been days when fresh food and bread have been scarce. Those are the things on my mind as I slam the heavy metal door of my house and head out into the warren of passageways tucked in a corner of the Old City between the ancient gates of Bab Touma and Bab Salam.

Outside my door all is quiet. The street cleaner has collected the rubbish and the cats have retired for a morning nap in the shade of satellite dishes on the wonky roofs. A hose pipe peeks out from behind a door and a woman sprays water over the dusty cobbles. The alley here is no wider than an arm’s length. It doglegs a couple of times, ambles down a few stone steps and underneath an archway, past a small local mosque with a pretty courtyard dotted with potted plants. Despite most of the neighborhood being Muslim, few seem to visit this Mosque. Another couple of steps and another arch and then I see the first sign that life here is not as it used to be: there’s a checkpoint, not military but civilian…..MORE

National Geographic Traveler magazine has announced the winners of their 2011 photo contest! First place went to the photo shown here, taken by Ben Canales at Crater Lake National Park. Read the story behind the picture, and see ten other amazing winning photos at NatGeo here…. 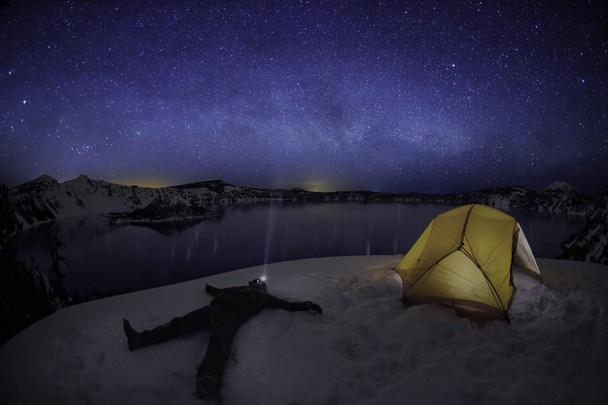 Photo and caption by Ben Canales

Here on my first time visit to Crater Lake National Park, I wanted to leave with an image that I could look back on and remember the experience. I was with a friend taking pictures also, and before I took the picture, I called over to him and said, “Hey man, watch this!” With a laugh, I spread my arms out and fell backwards into the snow. A second later, the camera timer clicked the shutter and the long exposure began. After the shutter clicked back closed, I stayed on the ground for a good while staring up mesmerized by all the sparkling stars overhead. 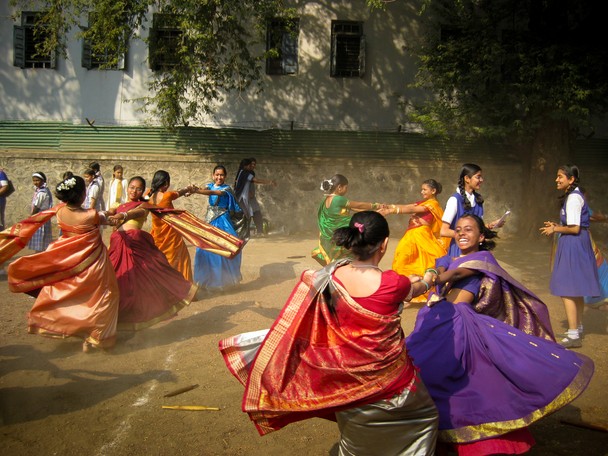 Photo and caption by Holly Baker

While visiting the WAGGGS World Centre Sangam, located in Pune, India, I had the privilege of attending the Bharat Scouts and Guides Thinking Day celebrations. These young ladies were demonstrating a game they were teaching us and I had just enough time to snap this photo before dropping the camera (literally) and joining in!
Related
Neatorama

How to Shoot a Book Cover in 15 Minutes

Have you been offered a great assignment but been given a near impossible deadline? Read this interesting account of just such a commission by Jordan Matter

The article begins with “Photographer Jordan Matter had just such a dilemma recently when he was asked, at the very last minute, to shoot the cover photo for a new novel being published by Penguin entitled “The Grief of Others” by Leah Hager Cohen..…..more 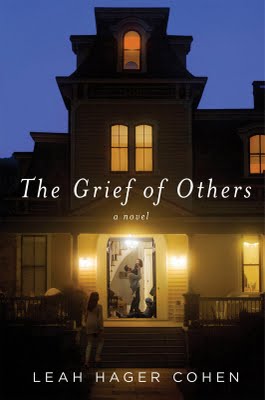 The Remarkable Colours of Morocco

Morocco is one of those dream travel destinations for photographers where it seems it’s almost impossible to take a bad photograph. There seems to be no shortage of interesting subjects and the colours shown by photos like these are amazing. So use this collection as inspiration to one day practice your photography in this beautiful country. Gallery here 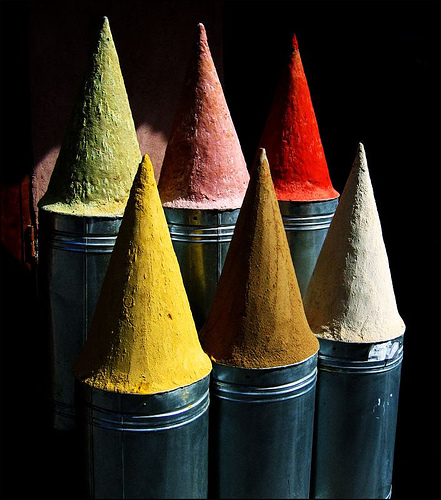 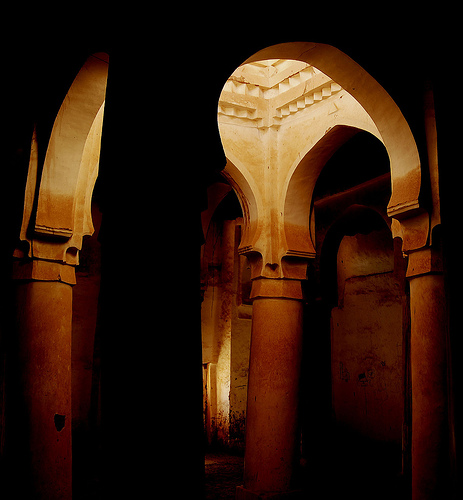 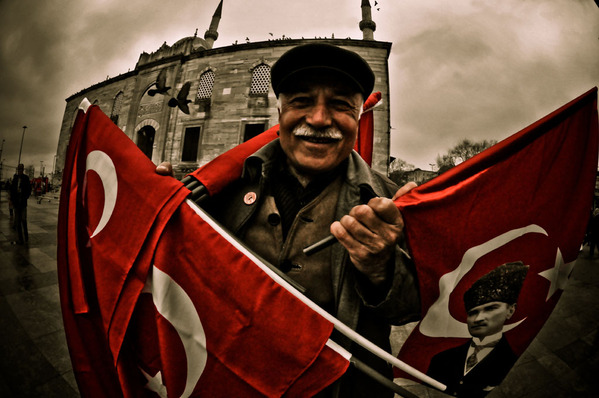