Pictures of the Week is a Denver Post Plog that gathers the strongest photojournalism from around the world. See the full set here 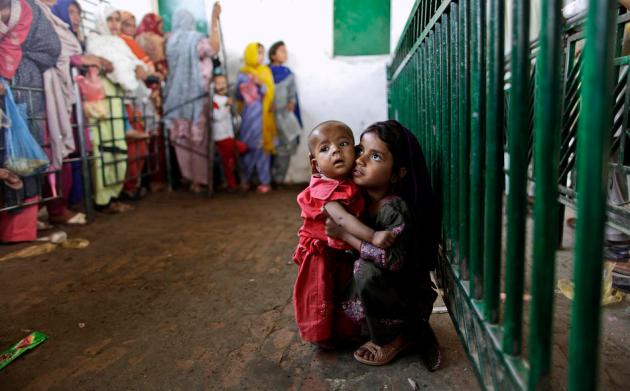 Pakistani Abla Zahir, 6, sits on the ground holding her brother Yaseen, 1, while waiting to receive a ration of rice during a donated food distribution at the Beri Iman, a shrine of famous Sufi Saint Beri Imam, in Islamabad, Pakistan, Friday, May 4, 2012. (AP Photo/Muhammed Muheisen)

People are silhouetted on the ‘OCBC Skyway’ linking the Supertrees, ranging from 25-50meters serving as vertical gardens in the nearly completed Gardens By The Bay just next to Singapore’s busy financial district on Monday April 30, 2012 in Singapore. This is part of the city-state’s efforts to bring and nurture greenery within the city and capture the essence of Singapore as a tropical city.(AP Photo/Wong Maye-E) 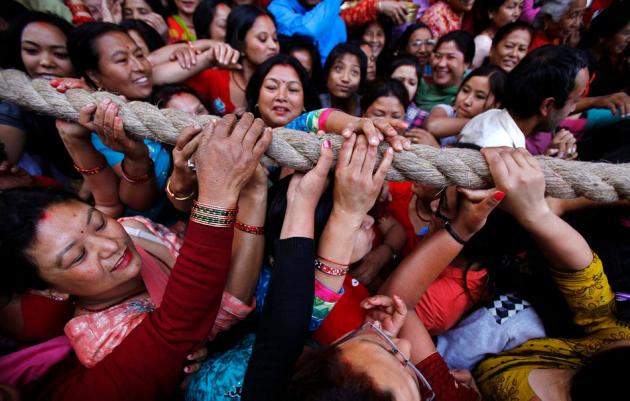 Nepalese female devotees pull the chariot of Hindu deity Rato Machhendranath through a street in Lalitpur, Nepal, Friday, May 4, 2012. The chariot festival of Rato Machhendranath, regarded as the rain God, is one of the oldest and longest festivals celebrated in the Katmandu valley. (AP Photo/Niranjan Shrestha) 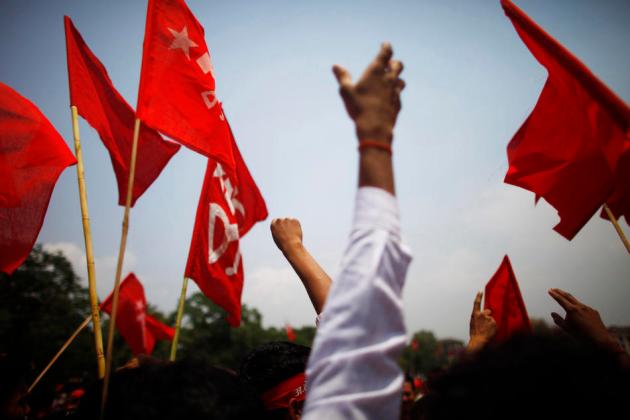 Activists from various trade unions affiliated to the Unified Communist Party of Nepal (Maoist) raise slogans during a rally to mark May Day in Katmandu, Nepal, Tuesday, May 1, 2012. (AP Photo/Niranjan Shrestha)

Egyptian soldiers raise their batons at a protester during clashes outside the Ministry of Defense in Cairo, Egypt, Friday, May 4, 2012. Egyptian armed forces and protesters clashed in Cairo on Friday, with troops firing water cannons and tear gas at demonstrators who threw stones as they tried to march on the Defense Ministry, a flashpoint for a new cycle of violence only weeks ahead of presidential elections. (AP Photo/Ahmed Gomaa)