Is the end of camera based photography in sight – Google Glasses

The much anticipated arrival of the Google Glasses with augmented reality and inbuilt camera/video have been shown at the I/O event. Google’s co-founder Sergey Brin  took to the stage to showcase the firm’s Glass project – augmented reality glasses that are still in development. 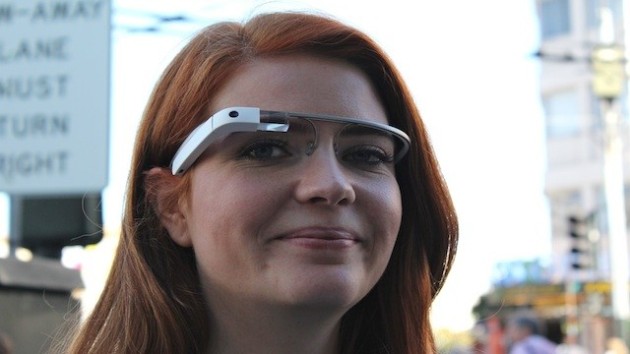 They are about the same weight as my pair of Ray Ban sunglasses. (Olsson wouldn’t let me put them on, but I was able to feel them and take a look at the buttons.) And it’s hard to believe that in the spectacles lives a tiny computer. She explains that they have taken the parts of a smartphone — the processor, battery, etc. — and put it in the left leg (or right depending on which way you view them) of the glasses.

On the front of the glasses, in the top left (or right depending on which way you view them) corner is a small camera and a small glass-looking box, which is a tiny display. On the top of the glasses is a power button and a camera button. You control the screen’s interface with the touchpad on the leg of the glasses…..Olsson’s glasses weren’t powered on, but she explained to me that she typically takes pictures with the camera and then uploads them using the WiFi or Bluetooth in the glasses. You can connect the glasses to a phone via Bluetooth and use the phone’s 3G or 4G connection. Olsson and the others wearing the glasses at the conference wouldn’t discuss battery life.

So in the future will we need cameras? Now so many people eschew compact cameras for their camera phones, will these go the way of film too, consigned to museums.

All I ask is that the new specs be called Goggles

This is what Google have to say about their “Project Glass’

We are always pushing the limits of our technology, and Project Glass is no exception.  It is designed to help you live in the moment — even when you’re falling from the sky.

We’re still in early development days, but at Google I/O this morning we wanted to do a product demo in a way we’d never tried before.  We worked with some of the world’s top athletes, combined skydiving and mountain biking, and shared the experience — through their eyes — with the world.

If you missed it, we’d love you to be able to see how we put this together, so tune in live tomorrow (weather permitting!) at roughly 11am at https://developers.google.com/events/io/ to check it out.

And you may just catch another Hangout in Air.