Interview by Sarah Phillips in The Guardian

“‘”You’re going to make me famous,” I said. “Photographers can be replaced,” replied Marilyn'”....MORE 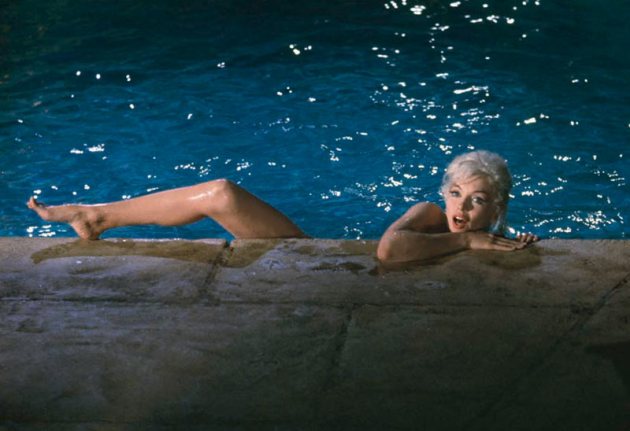 5 Comments Posted by oxfordschoolofphotography on March 14, 2012

Nan Goldin, is an artist and photographer that you either get or you don’t. Many people look at her pictures and struggle to understand why they are so lauded. Her work often has an autobiographical lead, showing the faces and more often bodies of those she shares her life with. You may know of her breakthrough work “The Ballad of Sexual Dependency” and later “I’ll Be Your Mirror”

As Wikipedia says “She began documenting the post-punk new-wave music scene, along with the city’s vibrant, post-Stonewall gay subculture of the late 1970s and early 1980s. She was drawn especially to the Bowery’s hard-drug subculture; these photographs, taken between 1979 and 1986, form her famous work The Ballad of Sexual Dependency — a title taken from a song in Bertolt Brecht’s Threepenny Opera.  These snapshot aesthetic images depict drug use, violent, aggressive couples and autobiographical moments. Most of her Ballad subjects were dead by the 1990s, lost either to drug overdose or AIDS; this tally included close friends and often-photographed subjects Greer Lankton and Cookie Mueller.  In 2003, The New York Times nodded to the work’s impact, explaining Goldin had “forged a genre, with photography as influential as any in the last twenty years.”  In addition to Ballad, she combined her Bowery pictures in two other series: “I’ll Be Your Mirror…..MORE from Wiki

The Guardian has an interview with Nan Goldin by Sarah Phillips

“I don’t photograph adults so much any more. I don’t have a child and, psychologically, my focus on them is a lot about me wishing that I did. But I am a godmother to friends’ children around the world – in Berlin, New York, Sweden and Italy. I don’t remember much ever feeling like a child, so maybe photographing them triggers memories. They are wild and magical, as if from another planet. And they haven’t been socially conditioned yet, so they can scream and express how they feel publicly. Sometimes I envy them. When I am in a group of people, the children and I find each other’s eyes, and end up laughing at the same, unspoken thing.

I’ve been taking pictures of children since the early 1980s, and it’s become increasingly important to me. I see a continuum in the children of my friends, some of whom have died. It’s about hoping that my friends will bring up a new species of people.”….I certainly think that my work comes from a humanistic vision of the world, rather than some kind of manipulative, theoretical version of art. It’s about the people and places I love, and that haunt me.” Here is the rest of the article 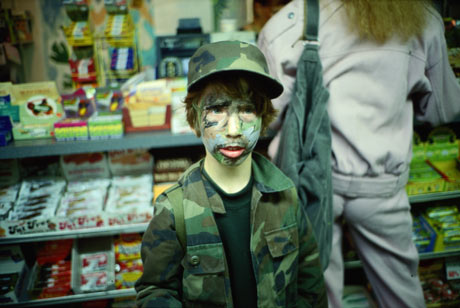 She was born a girl but chose to grow up as a boy’. Photograph: Nan Goldin

All images ©Nan Goldin. There is a gallery of Nan Goldin images on the Guardian website here

There are images for sale on the ArtNet site and a full biography, here is that link  They also have a list of galleries currently selling her photographs here

from the Guardian article we learn…….
Influences: When I was starting out, John Cassavetes, Guy Bordin and August Sander. Now, Christer Stromholm and Anders Petersen.Top tip:Don’t do it. There are way too many photographers. Try to draw or get politically involved in something that matters. And unless you need to make art to stay alive, you shouldn’t be making art.High point: I appreciated everything as it came along – I didn’t know there would be more. But the retrospective at the Whitney in 1996, the last book I did, The Beautiful Smile, and my show at the Louvrewere real high points.Low point: The past seven years: I haven’t been able to publish a book because of a contract, and have been considered a dead artist.