These are pretty and amazing, so pretty amazing. I have an app, as we all do, but this one I have is called Small Planet and it creates worlds from pictures taken with my phone, impressive. Then again there are these images which go far beyond my clever little app.

As see on The Guardian Website The stereographic projection technique was used to convert aerial panoramas of cities including Paris, Sydney, Shanghai and Chicago into mini-globes. 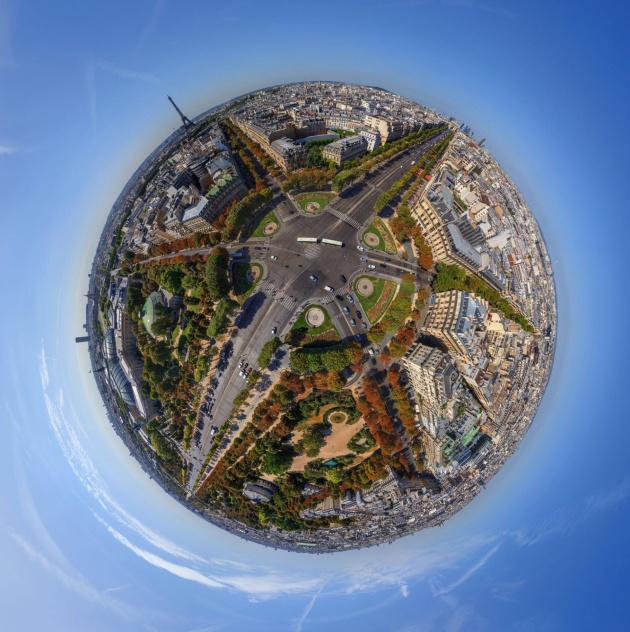 Paris, FranceThe Champs-Élysées
The 360-degree aerial panoramic photos were taken for AirPano, a Russian not-for-profit project created by a team of enthusiasts 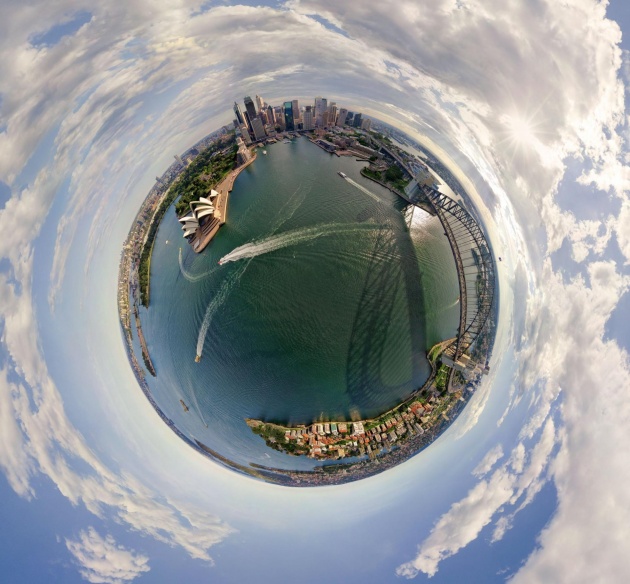 Sydney, AustraliaSydney Opera House
The original photograph was usually taken from a helicopter, although sometimes the team used a plane, hot air balloon or drone

Here are some of mine using Small Planet, no helicopter, plane or drone required 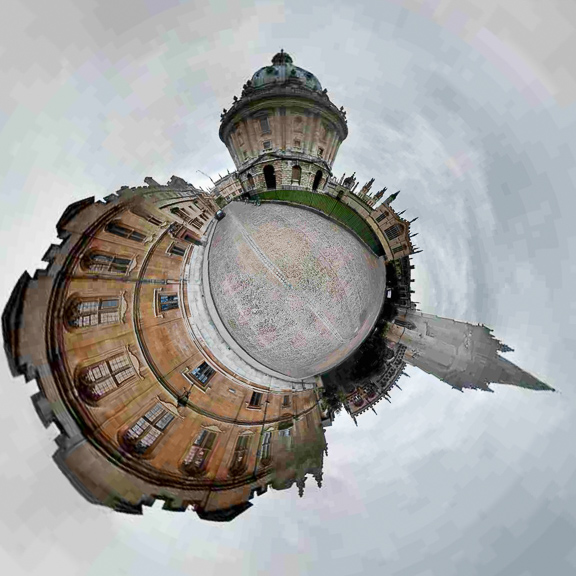 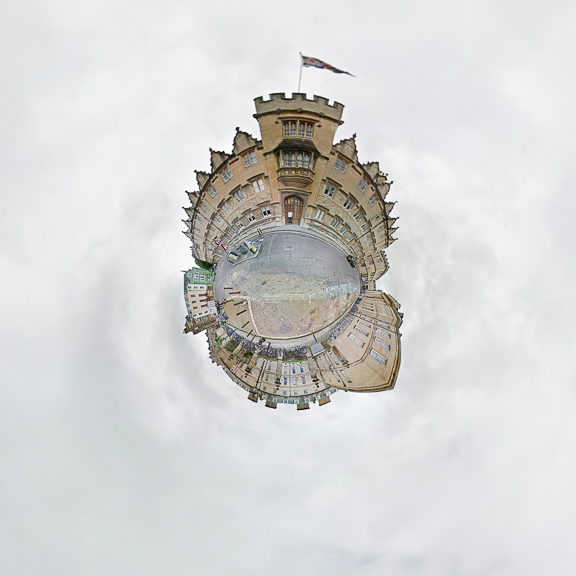 Daily life in Russia – The Guardian share your photos page 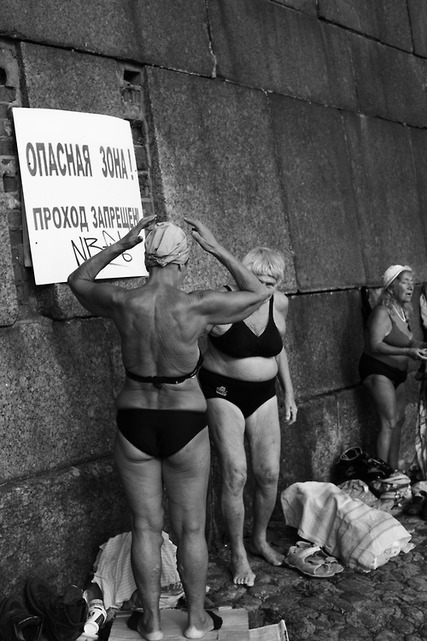 The Photographers’ Gallery celebrates London 2012 Olympics with an outdoor exhibition

Simon Bainbridge writes in the BJP about an exhibition due to open at the new Photographers Gallery.

“The World in London is a major outdoor photography exhibition that will go on show in east London to coincide with the London 2012 Olympics.

The Photographers’ Gallery has revealed its contribution to this year’s Olympic games, announcing The World in London, a major outdoor exhibition for which it commissioned 204 portraits.Each of the 204 subjects originated from one of the 204 countries competing in this summer’s games in the capital, all of which will be shown together as large-scale posters in Victoria Park in east London (which hosts the 2012 Olympics), as well as in the pedestrian zone outside the gallery’s soon-to-re-open venue in Soho. “

“The World in London explores portraiture and cultural diversity using photography, one of the most accessible and democratic artistic mediums of our times,” says the gallery. “The project celebrates London as a place where individuals from all parts of the world live side by side, each of them contributing to make London the unique city it is.”.…….MORE

Snezana Lukka-Biesek, Russia 2010 (c) Véronique Rolland, who is one of 204 photographers commissioned for an exhibition as part of the London 2012 Festival.

These extraordinary pictures from almost the start of a form of colour photography are beautiful and exceptional. From The Boston Globe, 34 pictures of life in the Russia before the revolution by Sergei Mikhailovich Prokudin-Gorskii (1863-1944).

This is what the Boston Globe says

“With images from southern and central Russia in the news lately due to extensive wildfires, I thought it would be interesting to look back in time with this extraordinary collection of color photographs taken between 1909 and 1912. In those years, photographer Sergei Mikhailovich Prokudin-Gorskii (1863-1944) undertook a photographic survey of the Russian Empire with the support of Tsar Nicholas II. He used a specialized camera to capture three black and white images in fairly quick succession, using red, green and blue filters, allowing them to later be recombined and projected with filtered lanterns to show near true color images. The high quality of the images, combined with the bright colors, make it difficult for viewers to believe that they are looking 100 years back in time – when these photographs were taken, neither the Russian Revolution nor World War I had yet begun. Collected here are a few of the hundreds of color images made available by the Library of Congress, which purchased the original glass plates back in 1948”…..MORE HERE

An Armenian woman in national costume poses for Prokudin-Gorskii on a hillside near Artvin (in present day Turkey), circa 1910 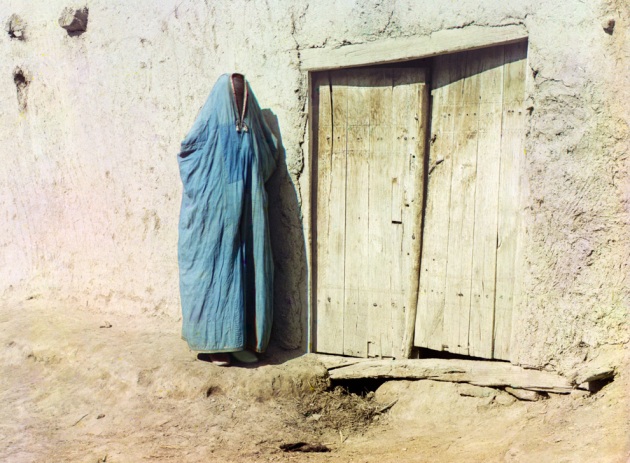 Sart woman in purdah in Samarkand, Uzbekistan, ca. 1910. Until the Russian revolution of 1917, “Sart” was the name for Uzbeks living in Kazakhstan.

A boy sits in the court of Tillia-Kari mosque in Samarkand, present-day Uzbekistan, ca. 1910. 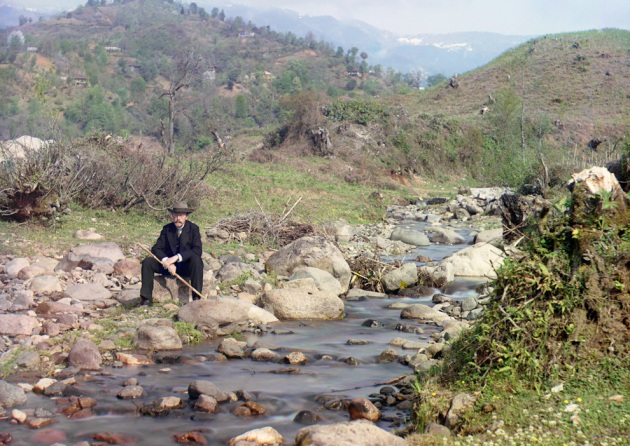 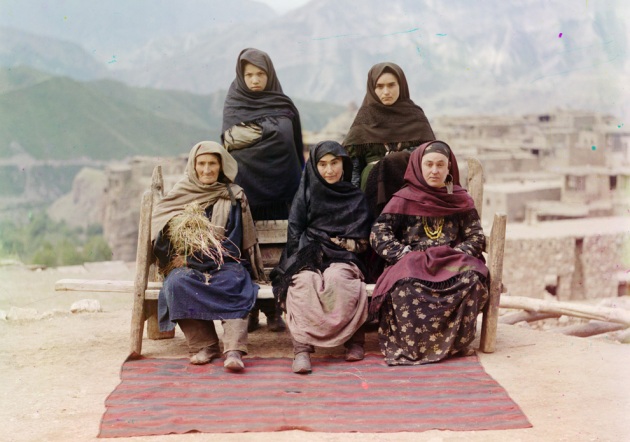 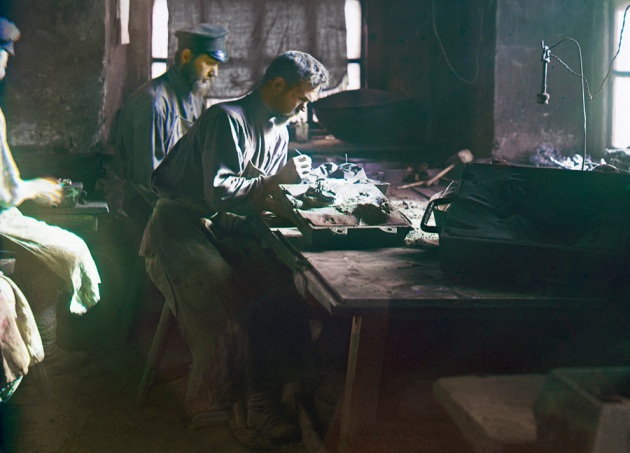 Molding of an artistic casting (Kasli Iron Works), 1910. From the album “Views in the Ural Mountains, survey of industrial area, Russian Empire”.

See all of the 34 images here at The Boston Globe

Born in St. Petersburg and educated as a chemist, Prokudin-Gorskii devoted his career to the advancement of photography. In the early 1900s, he developed an ingenious technique of taking colour photographs. The same object was captured in black and white on glass plate negatives, using red, green and blue filters. He then presented these images in colour in slide lectures using a light-projection system.

Supported by Tsar Nicholas II, between 1909 and 1915, Prokudin-Gorskii completed surveys of eleven regions of Russia, traveling in a specially equipped railroad car. His subjects ranged from the medieval churches and monasteries, to the railroads and factories of an emerging industrial power, to the daily life and work of Russia’s diverse population.

In 1918, after the revolution, Prokudin-Gorskii went into exile, taking with him only his collection of nearly 2,000 glass-plate negatives and his photograph albums. The collection was purchased by the Library of Congress (LOC) in 1948 from his heirs.

This is from the Alex Gridenko studio, further information here 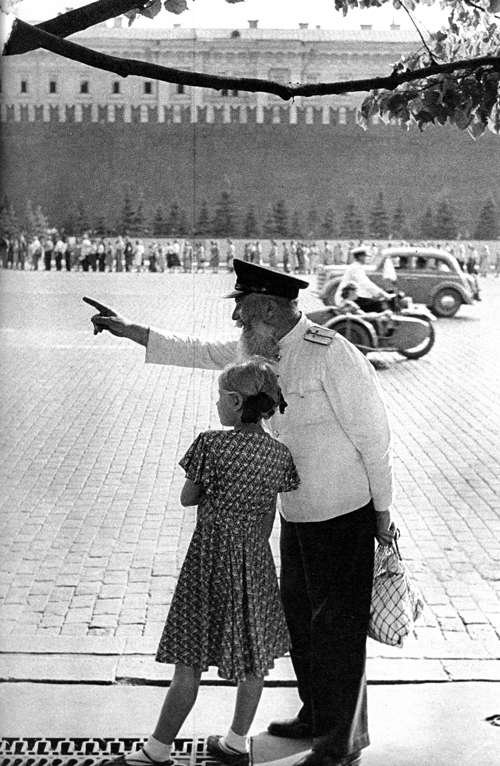 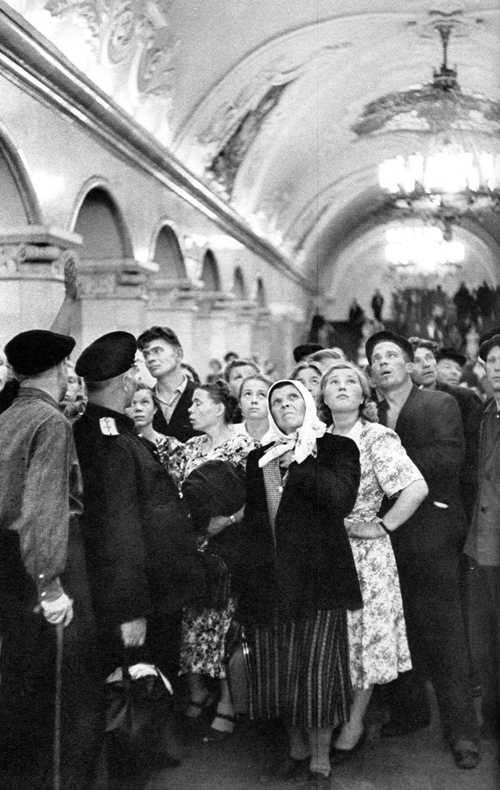 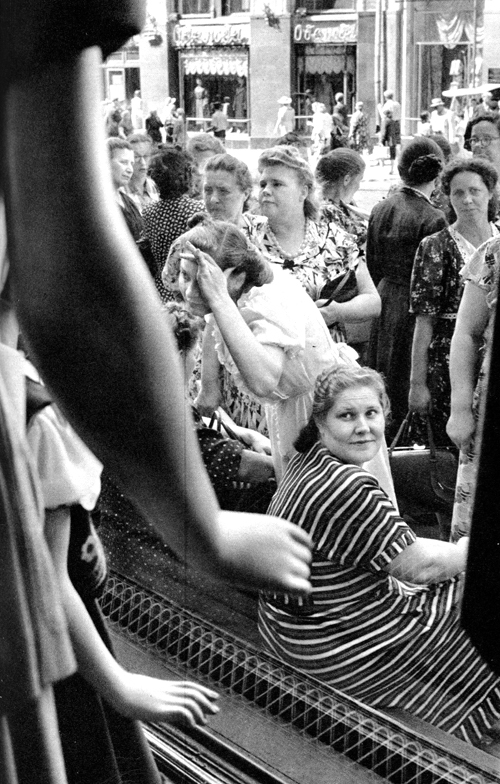