A Pakistani girl holding her sister, center, looks at a group of boys playing marbles in a poor neighborhood on the outskirts of Islamabad, Pakistan, Thursday, June 14, 2012. (AP Photo/Muhammed Muheisen)

TOPSHOTS
Rohingya Muslims, trying to cross the Naf river into Bangladesh to escape sectarian violence in Myanmar, look on from an intercepted boat in Teknaf on July 13, 2012. Bangladesh on Wednesday refused three more boatloads of Rohingya Muslims fleeing sectarian violence in Myanmar, officials said, despite growing calls for the border to be opened. Bangladeshi guards have turned back 16 boats carrying more than 660 Rohingya people, most of them women and children, since June 11 as they tried to enter from neighbouring Myanmar across the river Naf. AFP PHOTO/ Munir uz ZAMANMUNIR UZ ZAMAN/AFP/GettyImages 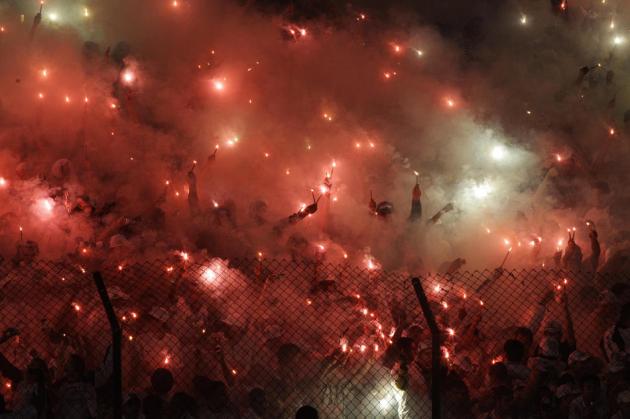 TOPSHOTS
Myanmar’s ethnic Rohingya Muslims shout slogans during a protest outside the Myanmar embassy in Kuala Lumpur on June 15, 2012. Rohingya living in Malaysia protested against the deadly religious riots in Myanmar’s Arakan state and demanded the United Nations’ intervention to restore peace following clashes between Buddhist Rakhine and the Muslim Rohingya that have left dozens dead and more than 30,000 displaced. AFP PHOTO / Mohd RASFANMOHD RASFAN/AFP/GettyImages

There are another 15 superb images to view here