TIM HETHERINGTON: YOU NEVER SEE THEM LIKE THIS – Exhibition

About Tim Hetherington: You Never See Them Like This 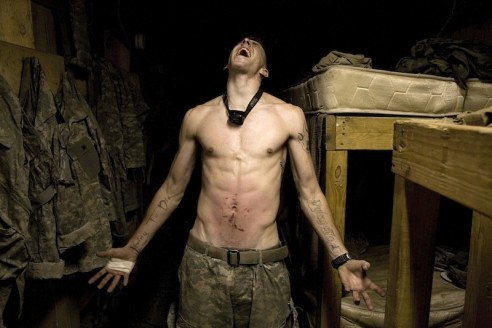 Two years after his death, Open Eye Gallery pays tribute to the work of Liverpool-born photojournalist Tim Hetherington (1970 – 2011) in an exhibition of photography and film work. The show is presented in collaboration with the Tim Hetherington Trust and Magnum Photos.

Drawing from the series of images published in his acclaimed book Infidel (Chris Boot Ltd, London 2010), which offers an intimate insight into the lives of American soldiers in conflict but beyond the action of war, almost 30 of Hetherington’s genre-defying photographs will be reproduced in varying scale, including a number of billboard formats.

The exhibition’s title, You Never See Them Like This, is a quote by Tim Hetherington talking to his creative collaborator Sebastian Junger (a journalist and his co-director on the Oscar-winning documentary film, Restrepo), describing the revelation he had looking at the sleeping soldiers: “They always look so tough… but when they’re asleep they look like little boys. They look the way their mothers probably remember them.”

Set against the unexpectedly beautiful landscape of the Korengal Valley, Afghanistan, Hetherington’s still images follow the arrival, efforts and advancement of a US contingent in establishing an outpost in this North Eastern part of Afghanistan. The work highlights the long-term nature of Hetherington’s photographic projects, his interest in narrative, human connection and the close relationships he developed with his subjects.

As days of intense conflict are broken up by long periods of waiting, the photo-reporter explores how these soldiers cope with this emotionally draining existence. Looking at how they build up resilience, renegotiate their relations and manage their feelings, Hetherington ultimately documents the formation of a strong brotherhood consolidated over a period of one year, underpinned by themes including sexuality, alienation/isolation and the sense of loss and fear.

Tim Hetherington: You Never See Them Like This is supported by the Mayor of Liverpool. 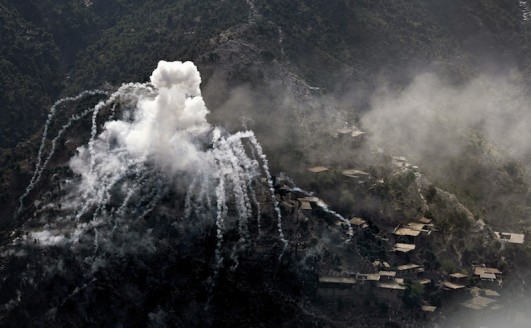