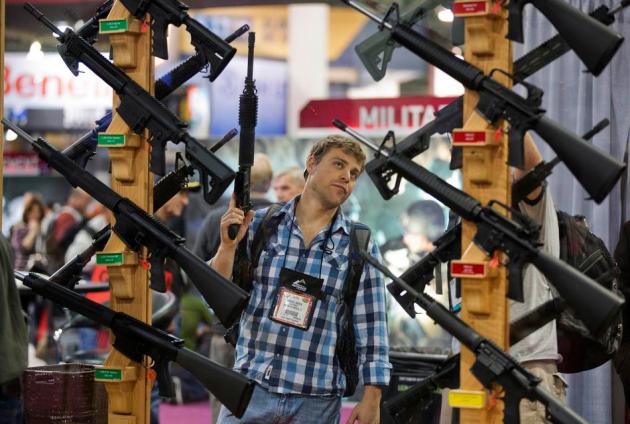 A woman helps adjust a mask for her friend outside an amusement park on a hazy day in Beijing Saturday, Jan. 12, 2013. Air pollution levels in China’s notoriously dirty capital were at dangerous levels Saturday, with cloudy skies blocking out visibility and warnings issued for people to remain indoors. (AP Photo/Alexander F. Yuan)