In the BJP by Simon Bainbridge

Phase One today announced the development of two specialist capture systems; one aimed at aerial photographers, the other at shooters with their cameras firmly secured to the ground.

The latter is a system dedicated to high-resolution repro applications, such as digitising fine-art collections, or photographing industrial components. Built “from the ground up to meet the exacting needs of the reproduction photographer”, says the Danish maker, the iXR (pictured below) is ruggedly engineered using aircraft-grade aluminum alloy for the camera body, and does away with both the mirror and viewfinder to reduce moving parts and subsequent vibrations.

It is complemented by a fully integrated workflow designed to streamline the whole process, and when put to work with the company’s Capture One software, photographers can take advantage of remote focus and easily move from live view to capture at the click of a mouse.

It will go on sale in next month, priced from €22,990 +VAT for a kit that includes the iXR camera system with 40-megapixel digital back and Schneider-Kreuznach 80mm lens (it’s compatible with Schneider-Kreuznach leaf shutter lenses, as well as Phase One’s digital lenses and Mamiya’s 645 AFD/Pro lenses). Both 60- and 80-megapixel versions versions are also available, along with a standalone camera body aimed at existing Phase One back owners….MORE

The iXA is designed for aerial capture

It will be joined by the iXA (above), which may not be Phase’s only product aimed at the aerial photography market, but it is the first fully integrated solution, with “features that rival large format cameras at a fraction of the price”, it claims. The company says it has been developed alongside experts and engineers in the aerial industry, and is designed to withstand demanding rigour, made from a robust aluminium alloy.

Available in 60- or 80-mergapixel options, configured for RGB or NIR (near infra-red) capture, the device is designed to fit into new and existing aerial capture systems. “The iXA operates effectively either in single or in a multiple camera configuration, capturing synchronised images within 100 microseconds of each other and eliminating post production sync issues,” says the company in a statement.

“Mamiya and Leaf Imaging, two companies controlled in part by Phase One, have announced the creation of a new brand – Mamiya Leaf, to help streamline development and “establish more efficient customer sales and support.” writes Olivier Laurent in the BJP

A camera that can use up to 80 mega pixels, so producing a file up to 240mb is something to wonder at. I so miss using my medium and large format film cameras, their size and difficulties of use changed the way I shot; I do love my digital cameras but always shooting with my eye to a viewfinder changes how I create images. There is no mention of cost in this article but I would guess between £10 and £20k so a specialist camera. 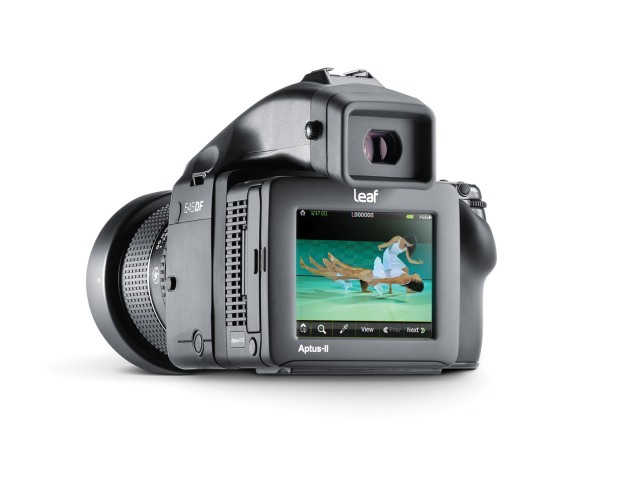 After a very long time in bringing to market Pentax have finally produced a digital version of their popular 645 film camera. It uses 40megapixels so producing something like 115mb file. Here is a first review of the camera.