The competition opens on 1 February 2011, with a prize fund of up to £20,000. The British Wildlife Photography Awards in 2011 are your chance to win a prestigious photography award and cash prize of £5,000.

The 2010 competition’s winning photograph of a herring gull taken by Steve Young shows a familiar bird in its conventional setting, but the visual impact is extraordinary. The judges were looking for the one image that stood out, among thousands of entries, as the most memorable.

Competition judge Greg Armfield from WWF said: “This is a unique and striking image. One that captures perfectly the power, chaos and intensity of the ocean as it surrounds the majestic gull.”

Tom Hind, competition judge from Getty Images, added: “I like the defiance in this shot – the gull’s refusal to be moved in the face of this crashing wave seems to sum up a peculiarly British stoicism! It’s also a great example of how the commonplace can be transformed in a judicious moment.” 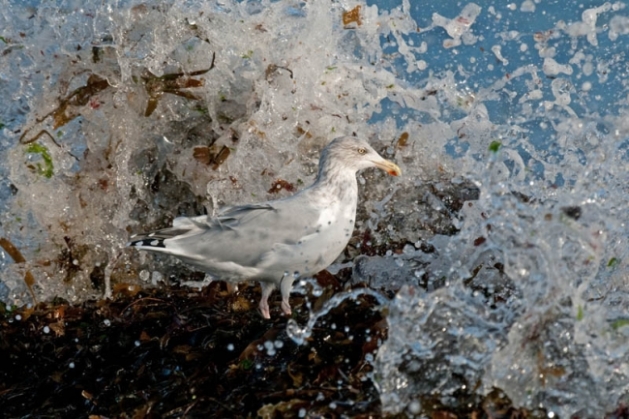