Plate 26, George Bush serves a Thanksgiving turkey to US troops stationed in Baghdad in 2003, 2011

CHRIS KILLIP British born Killip has been taking photographs for nearly five decades.What Happened – Great Britain comprises black and white images of working people in the north of England, taken by Killip in the 1970s and 1980s. After spending months immersed in several communities, Killip documented the disintegration of the industrial past with a poetic and highly personal point of view.

Cristina De Middel (b.1975, Spain) is nominated for her publicationThe Afronauts (self-published, 2011). Until June 30th

In her first book, The Afronauts, De Middel engages with myths and truths, reality and fiction. In 1964, after gaining independence, Zambia started a space programme in order to send the first African astronaut to the moon. 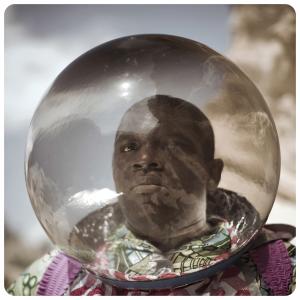 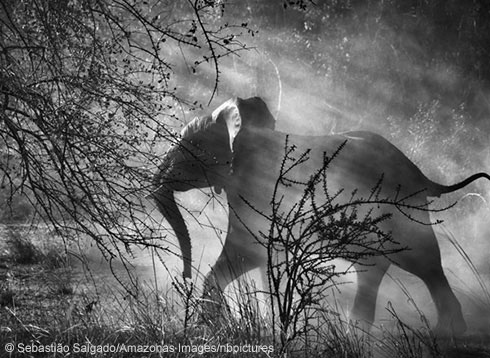 About 216 of Sebastião Salgado’s black-and-white documentary photographs are on show in Genesis. They capture some of the furthest and wildest corners of our world, portraying indigenous communities that continue to live in accordance with their ancestral traditions, and showing rare insights into their lands.

During the 8 years in which Salgado travelled around the world to produce this collection of images, he often stayed with the people he photographed.

Salgado reflects: ‘Many of us live in cities, cut off completely from the planet. My wish was to experience living with people with real links to nature… For me to go back to nature was a huge pleasure. I wished to present the planet in my language, photography. And so came Genesis.’

Many of the places represented in Salgado’s images are important research areas particularly for studying the variety of species biodiversity.

Wildlife Photographer of the Year

The photographer, The artist, formerly a photographic model, moves behind the lens

A first viewing of photographs of The Verve, Pulp and many more at the celebrated Oxford venue.

“In September of 2010 Alex Bamford presented the first miniclick photography talk down here in Brighton. The monthly, free photography talks have gone from strength to strength since then and have gathered quite a bit of a following as we approach their first birthday. A couple of months ago, Slaughter House opened up in Hoxton. Slaughter House is a fantastic creative space set up to bring together photographers, hair stylists and tattoo artists, with facilities on site to cater for all of them.

At 7pm on  21st September, at The Old Market in Brighton & Hove, the first event is taking place. The centrepiece is an open panel discussion featuring some of the best photographers in the UK today. The bar will also be open, music playing and general merry-making happening all evening ’till late. I will also be releasing an extremely limited edition souvenir publication featuring the first 12 miniclick speakers, available exclusively on the night.” Tickets are £5 and available here.  Interested……more