On 29 April, Jonathan Alpeyrie, a French-American photographer, was abducted in Syria. Eighty-one days later, he was sold for $450,000 and returned to Paris. He recounts his ordeal to Le Journal de la Photographie and Paris Match.

Jonathan Alpeyrie was on his third trip to Syria when, on 29 April, he fell into a trap and was abducted. “I got into a 4×4 with a Katiba officer, my fixer and two soldiers. We came to a checkpoint where masked men pulled me out of the car, forced me to kneel and pretended to execute me,” he tells Michel Puech at Le Journal de la Photographie.

In his account, Alpeyrie discusses his 81 days of captivity, which he spent, at times, handcuffed to a bed “with five or six soldiers and two Islamists. One day, a young soldier, who looked crazy and made me uneasy, wanted to execute me because I had gone to the bathroom without asking for permission. He put his machine gun against my forehead but the others yelled at him and sent him away,” he explains……....READ MORE 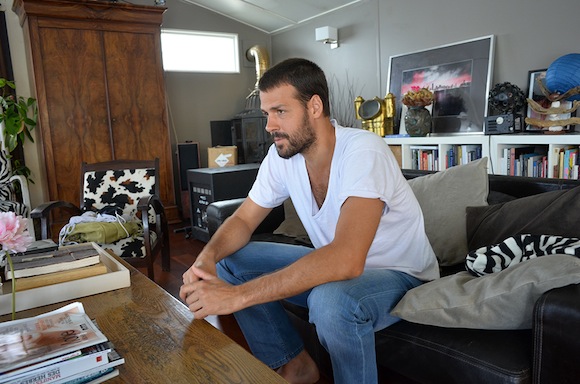