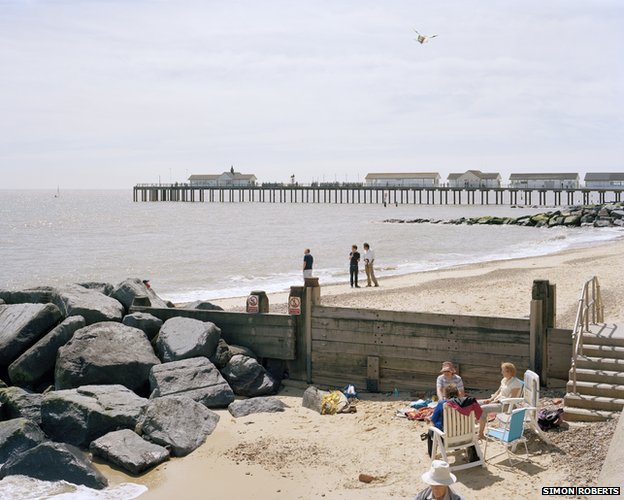 Britain’s obsession with the coast is an understandable one given its geography and naval history, yet the coast also played an important part in the country’s social history.

It was here that millions of workers first enjoyed time away from the tough working conditions of Victorian towns, and any self-respecting resort would require one key ingredient, a pier. Their popularity lasted well into the middle of the last century, but since then, many have struggled to survive the changing holiday habits of the nation, and in some cases natural disasters.

Yet in some way these structures jutting out into the ocean reflect the nation’s one-time desire to spread its influence, for good or ill, around the globe. Today those that still stand have mixed fortunes, with some like Ryde Pier reborn and others still seeking regeneration.

“These pictures may encompass some of the seaside things we know best through such photographers as Tom Wood or Martin Parr, but they put those scenes in a broad context where people live in a landscape and a country, not just a car park. They also derive something from that quite different tradition, of the wild skies and unquenchable nature that we find in Turner. ” Francis Hodgson, 2013

Photographer Simon Roberts has spent the past three years creating a comprehensive survey of Britain’s piers, depicting all 58 surviving pleasure piers along with a handful of those lost in photographs marking where a pier once stood.