The Rolling Stones at 50

From The Guardian we get an interactive piece: The Rolling Stones are celebrating the 50th anniversary of the first-ever live performance, which took place at the Marquee Club in London on 12 July 1962. To mark the occasion, here are 50 images of the band with links to videos and stories in the Guardian and Observer – showing you how we’ve covered their tumultuous history Go here for  full interaction 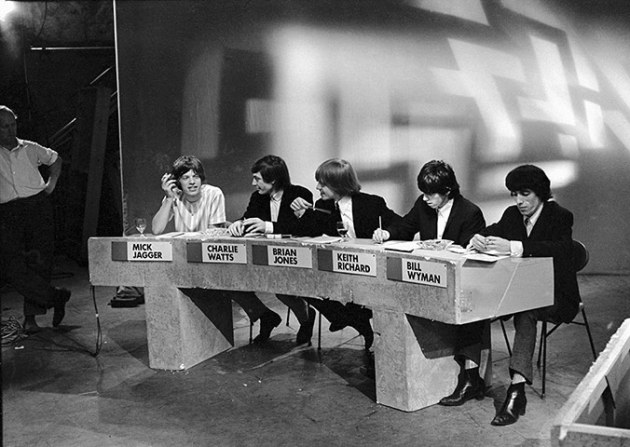 Giving their opinion on records for Juke Box Jury at the BBC in London, 27 June 1964. Charlie Watts: ‘I hated doing that show’

Mick Jagger and Keith Richards at the Feathers pub on Fleet Street, London, 30 June 1967, after both had just been released from prison on bail

Richards at Redlands, his home in West Sussex, on 31 July 1973. ‘I’ve had two or three houses burn down. Redlands burned down once … It was a terrible thing to happen to such a beautiful place. Parts of it date back to the 12th century’
For more pictures, video, music and comment go here