There is a general move towards mirrorless cameras, these usually offer similar quality to full DSLR cameras but because they do not have optical viewfinders are much smaller and lighter. Sometimes they are referred to as CSC or compact system cameras although these often are more like compact cameras but with interchangeable lenses. The new Canon EOS M5 looks like a small DSLR, has interchangeable lenses and an EVF (electronic viewfinder). I have to say that the early EVFs left me cold, well worse I hated them. They looked like poor quality tv screens but the newer versions are so much better. This new camera will be competition for the Sony A7 range of which there are many different models, confusingly so.  The Sony is well established now and consider a serious camera so the new Canon M5 will have to offer more in some way.

Techradar has a review of this new camera and says good things, but as yet there is no direct comparison review with the Sony 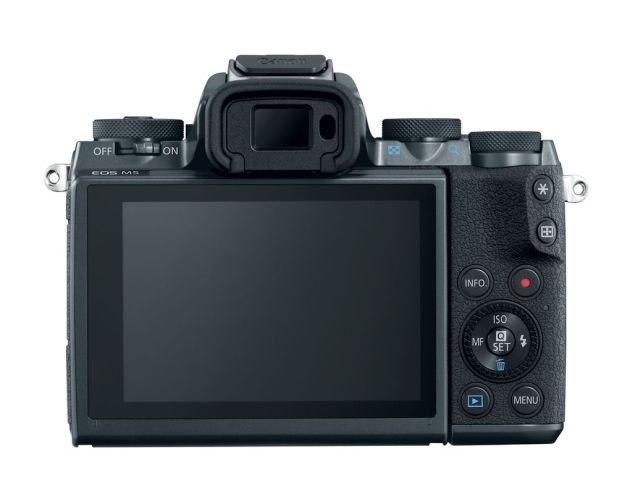 Here is a chart that lists the specs

Those issues aside, the EOS M5 looks like Canon might have finally come good with a mirrorless camera. With the arrival of Dual Pixel CMOS AF, autofocus appears to be a huge improvement over previous models. Factor in the inclusion of a built-in EVF and touchscreen interface, along with a well thought out set of controls, and the EOS M5 looks like it could be a good option for experienced users. Whether that’s enough now that other brands have established themselves in the mirrorless camera sector remains to be seen.

Go here for the Techradar review

and here for the DPReview on the Canon EOSM5