The G series of compacts from Canon have been very popular with the more discerning and let’s be honest professional end of the photographic community. One of the few compacts with a viewfinder but also with exceptional image quality and complete technical and therefore creative control. The G9, 10, 11 and 12 were standbys, spare or back up cameras for many professionals. I have a G10 and as a camera it is perfect to have around, it isn’t ever my first choice, that is my 5D but as a backup and quick grab camera the G10 has been great.

Now Canon have re-worked that standard and produced the G1X which has significant improvements based on the reports. Here Author: Olivier Laurent writes in the BJP

“The increased sensor size allows photographers to have greater control over the depth of field, with increased potential to creatively and artistically isolate a subject from its background……..The PowerShot G1 X will be available from late February, priced at £699.

“The Canon PowerShot G1 X may look like the company’s existing G-series compacts, but is a very different prospect. It’s a large sensor camera with a flexible 28-112mm-equivalent, 4x zoom lens and extensive manual controls. The company says it sees it as a camera for photographers who already have a high end DSLR such as a 5D Mark II or 7D, but at a price of $799, we think it’ll appeal much more widely than that. After repeated waves of cameras aimed at point-and-shoot upgraders, it’s heartening to see a camera really living up to the billing of a ‘serious compact.’ 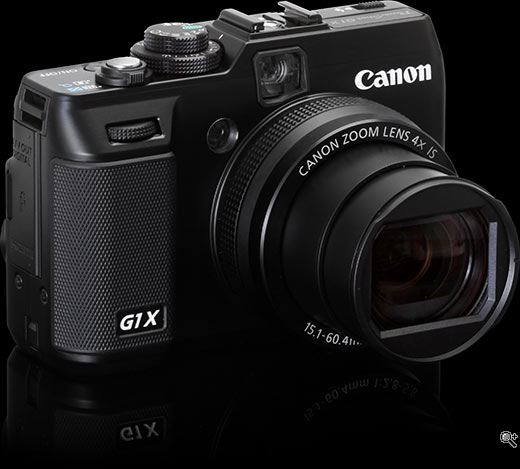