The Ultimate Guide to Street Photography

In this extensive article from Digital Photo School, it will help you understand more about street photography, how to do it, and all the things you need to think about including equipment, ethics, and even legalities. This is the ultimate guide to street photography to help get you started in this genre of photography.

1. WHAT IS STREET PHOTOGRAPHY?

The first image that typically comes to mind for the term street photography, is an image of a stranger just walking down the street in a city like New York, London, or Tokyo. This is a huge part of street photography of course, but it is only one part, and it can cause confusion over the true meaning of what street photography really is all about, and how it can be done.

Street photography is candid photography of life and human nature. It is a way for us to show our surroundings, and how we as photographers relate to them. We are filtering what we see, to find the moments that intrigue us, and to then share them with others. It’s like daydreaming with a camera.

Landscape Photographer of the Year 2016

The Take A View Landscape Photographer of the Year 2016 awards have now been given out. Landscape photography is such a popular subject area, maybe only second to Wildlife Photographer of The Year in terms of awards interest. This year there are again a wide range of images covering many different areas of what is called landscape and most people would find something they like. Here are some

Here is a list of all of the winners

Have a look at last years winners here

Wildlife Photographer of the Year 2016

It is that time of year when the various award and competitions in photography announce their winners. This is always a very popular award with many different sections. The images are universally remarkable and express the dedication and technical skill of the winners.

Indian photographer Ganesh H Shankar won the Birds category for capturing a rose-ringed parakeet kicking a Bengal monitor lizard out of its roosting hole, a campaign that lasted two days before the lizard squatter gave up

Images from both professional and amateur photographers are selected for their creativity, artistry and technical complexity.

Swedish photographer Mats Andersson triumphed in the black-and-white category with his touching photo of an owl mourning the death of its partner, taken in a forest near his home in Bashult, southern Sweden.

Other winners included Luis Javier Sandoval, from Mexico, with his photo of a playful California sea lion pup for the Impressions category. And Ganesh H Shankar, from India, with his image of a rose-ringed parakeet harassing a monitor lizard.

Winner of the urban category was Nayan Khanolkar, who captured a solitary leopard slinking down an alleyway in a suburb of Mumbai bordering Sanjay Gandhi national park, where the Warli tribe has learned to co-exist with the nocturnal big cats

The exhibition opens at the Natural History Museum on October 21, before touring across the UK

Gideon Knight, 16, from the UK, won the Young Wildlife Photographer of the Year title for his poetic image of a moonlit crow on a sycamore tree , a sight he described as reminding him of ‘something out of a fairy tale’

You can book tickets for the exhibition 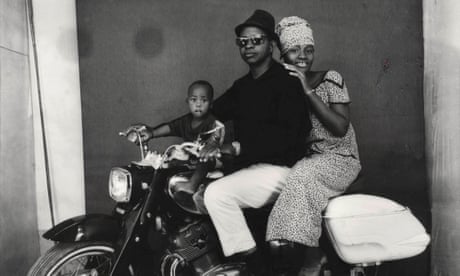 You may not be aware of the TV program Master of Photography, it is on the Sky channel. I have only seen one episode so cannot really comment about it much but it is a sort of reality tv contest like so many others but based on photography rather than food. So they are looking for people to apply for a second series, I received this email:

We are producing the second season of Sky Arts  Master of Photography, the first European TV talent contest open both to professional and amateur photographers.

We would like to inform you that the online casting session for the Sky Arts Master of Photography is open.

The competition has been created by the Sky Arts Production Hub, a commissioning and production centre of excellence dedicated to creating quality arts programmes for Sky’s 21 million customers across the UK and Ireland, Italy, Germany and Austria.

An international committee of photography and art experts will select the final line-up of 12 contestants, who will compete for the title of Best New European Photographer and the biggest prize ever offered in a European photography competition:€150,000.

Aspiring contestants can submit entries for the competition from Wednesday 14th September till Monday 31st October 2016 via the show’s website,www.masterofphotography.tv .  Applicants must complete the form and supply a portfolio containing between 5 and 10 photographs choosing from one of the following styles: portraiture, reportage, landscape, urban, commercial (e.g. food or fahion), conceptual , along with a brief video presentation (only english spoken required; maximum length 2 minutes).

The show official language is English; the contestants will need an excellent understanding of English both spoken and written.

The deadline for the submissions is Monday 31st October 2016

Over the course of 8 weeks, we will test the creativity, instinct and versatility of our 12 contestants. Each of our photographers will receive guidance from world-class photographers and experts.

We would like to invite you to spread this call to action to your students (18 years old or older) and/or teaching staff.

Thank you for your attention and kind cooperation.

Between Darkness and Light

The shadow is that place between darkness and light.

We find beauty not in the thing itself but in the patterns of shadows,
the light and the darkness, that one thing against another creates…
Were it not for shadows, there would be no beauty.
–  Junichiro Tanizaki

The loveliest things in life are but shadows, and they come and go, and
change and fade away…”
– Charles Dickens

Between the idea
And the reality
Between the motion
And the act
Falls the Shadow.
– T. S. Eliot

A shadow on the wall
boughs stirred by the noonday wind
that’s enough earth
and for the eye
enough celestial participation.
– Gottfried Benn
Translated from The German by Michael Hofmann

I thought the most beautiful thing in the world must be…