2 Comments Posted by oxfordschoolofphotography on April 8, 2016

I came across this article and images in Bazaar and although intrigued by the pictures found myself uncertain about what was going on. I could instantly see how these related to her earlier work but the text and interview was confusing. Was she actually working for the fashion houses or are these true to form satirical images? The sub heading to the article is, so maybe, who knows? Text by Laura Brown and of course photographs by Cindy Sherman

In an exclusive series of satirical portraits, the famed contemporary artist arms herself with the season’s standout pieces. Her quest? Social media validation.​

She began shooting portraits in the mid-’70s, while her landmark series, “Untitled Film Stills” (69 works in all, in which she embodied female stereotypes), was created between 1977 and 1980. The youngest—by many years—of five siblings, Sherman says her motivation to make portraits was a very basic need for attention. “They were already established as a family by the time I came along,” she recalls. “It was a way for me to say, ‘I’m here, you guys, don’t forget about me!’ Or ‘Maybe if you don’t like me this way, you’ll like me this way!’ Or ‘I can do this!’ “

Sherman’s parents weren’t as prone to introspection as their daughter. “I think they thought it was cute or something,” she says. “I know they didn’t think it would really turn into anything. When I went to college, my mother was always like, ‘Take some education courses just in case so you can always teach.’ They did see the early days of success; I think they started to realize it was a tangible thing for me.” She adds, “I still don’t think they really had a clue what I was doing.”…..

Today, Sherman could very much rest on her laurels. In 2012, New York’s Museum of Modern Art hosted a retrospective, and in 2011 one of her works, 1981’s Untitled #96,sold for $3.89 million at Christie’s (then a record for a photograph at auction). Ask if she’s still ambitious and she replies, “I want to continue to be happy with what I’m working on because that’s the biggest challenge. I’m hard on myself, but everyone is always waiting for someone to fall. That’s a common problem for artists. They fall into a mold of their greatest hits and just repeat it. WhenI feel that I’m repeating myself, or about to, it’s time to move.”

But when the work is done—new characters born, new realities created—Sherman exhales into her life. She’ll ride around Manhattan on her retro Pashley bicycle, or head out to her house on Long Island to collect her chickens’ eggs. Sometimes, when she’s feeling spent, she jaunts to a deprivational German health spa. Unlike the subjects of this series, she doesn’t live in the middle. “I don’t take selfies,” she says. “I hardly ever use my phone for photographs. It’s really hard to remember to even take a picture of something.” She shrugs. “Usually the moment is gone. I just don’t think about it.” 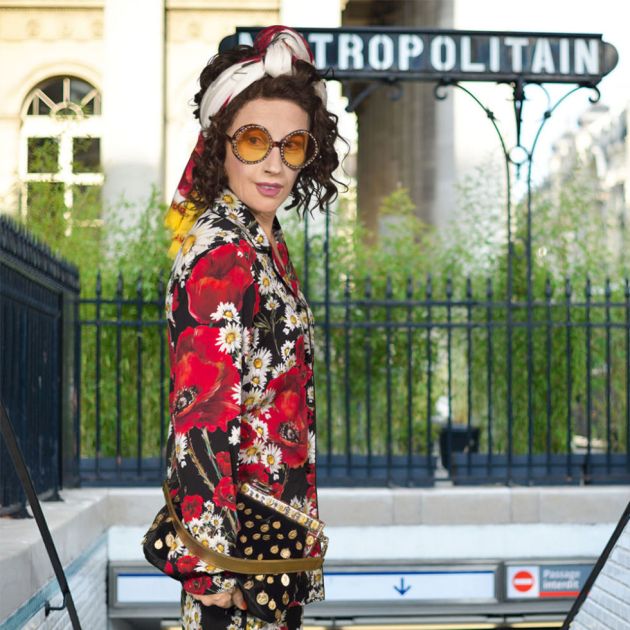 Sherman, 62, is one of the world’s greatest sociologists, so in a way, infiltrating the street-style species is a weirdly natural extension of her work. “You know, I never expected to be doing what I’m doing for as long as I’ve been doing it,” she says. “Every time I start a new project, it’s a new challenge, to try to think of new faces or new characters. Sometimes I feel I’m repeating characters that are poking out of these faces that I shot maybe eight years ago”—a fun exercise for Sherman nerds. “I take on projects like this when I’m starting on a new body of work because it inspires me, gets the juices flowing.”

In the Future, We Will Photograph Everything and Look at Nothing & Free Nik Software

3 Comments Posted by oxfordschoolofphotography on April 7, 2016

This is a really interesting and important article because it looks and addresses the issues that photography now faces. Yes I know that sounds heavy and overblown but there is no doubt that the way we make pictures, what we do with them and how they are consumed has changed, and changed for ever. Don’t worry I am not deaf to all those who tell me film is coming back, it’s just that I think it is doing so only to those who like the film process and mostly those are not the people who are interested in image making. They enjoy the craft based process and uncertainty that they introduce into the image production through lack of control that film can bring if you don’t know what you are doing with it. 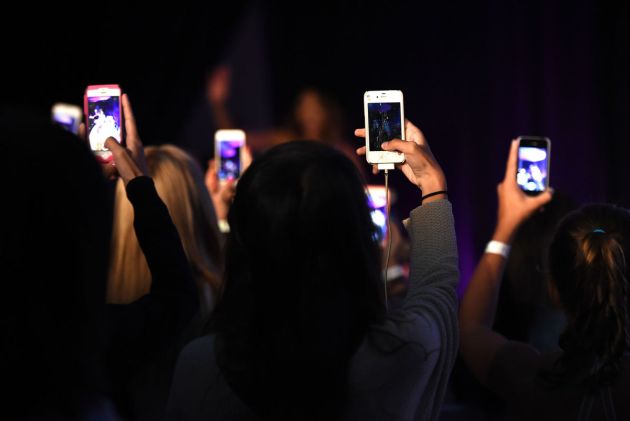 “Today everything exists to end in a photograph,” Susan Sontag wrote in her seminal 1977 book “On Photography.” This was something I thought about when I recently read that Google was making its one-hundred-and-forty-nine-dollar photo-editing suite, the Google Nik Collection, free. This photo-editing software is as beloved among photographers as, say, Katz’s Deli is among those who dream of pastrami sandwiches.

Before Google bought it, in 2012, the collection cost five hundred dollars. It is made up of seven pieces of specialized software that, when used in combination with other photo-editing software, such as Adobe Photoshop or Adobe Lightroom, give photographers a level of control akin to that once found in the darkroom. They can mimic old film stock, add analog photo effects, or turn color shots into black-and-white photos. The suite can transform modestly good photos into magical ones. Collectively, Nik’s intellectual sophistication is that of a chess grand master. I don’t mind paying for the software, and neither do thousands of photographers and enthusiasts. So, like many, I wondered, why would Google make it free?

My guess is that it wants to kill the software, but it doesn’t want the P.R. nightmare that would follow. Remember the outcry over its decision to shut down its tool for R.S.S. feeds, Google Reader? Nik loyalists are even more rabid. By making the software free, the company can both ignore the product and avoid a backlash. But make no mistake: it is only a matter of time before Nik goes the way of the film camera—into the dustbin of technological history.”….

Google’s comments—disheartening as they might be—reflect the reality of our shifting technologies. Sure, we all like listening to music on vinyl, but that doesn’t mean streaming music on Spotify is bad. Streaming just fits today’s world better. I love my paper and ink, but I see the benefits of the iPad and Apple Pencil. Digital photography is going through a similar change, and Google is smart to refocus.

I have been a huge fan of Andy Golsdworthy for many years and have a number of his books. He is a sculptor who creates such ephemeral works that only photography can capture them before they dissolve, melt, blow away or sink back into the waters. Here are some of his works but you can see more on Bored Panda 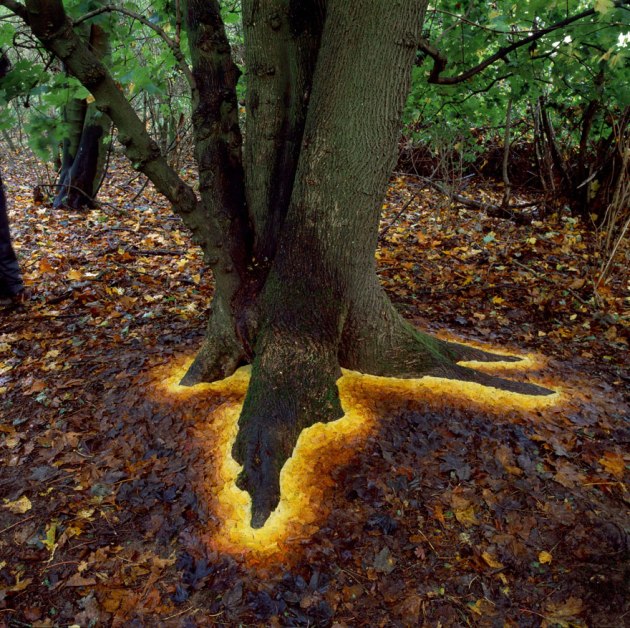 Andy Goldsworthy is a British sculptor, renowned in his field, that creates temporary installations out of sticks and stones, and anything and everything else that he finds outside. The son of a mathematician, Goldsworthy grew up working on farms before eventually getting his BA from what is now the University of Central Lancashire. “A lot of my work is like picking potatoes,” he told the Guardian. “You have to get into the rhythm of it.”

Much of Goldsworthy’s work is transient and ephemeral, leading many to view it as a comment on the Earth’s fragility. But for Goldsworthy, the picture is more complex.

“When I make something, in a field or street, it may vanish but it’s part of the history of those places,” he says in another interview. “In the early days my work was about collapse and decay. Now some of the changes that occur are too beautiful to be described as simply decay. At Folkestone I got up early one morning ahead of an incoming tide and covered a boulder in poppy petals. It was calm and the sea slowly and gently washed away the petals, stripping the boulder and creating splashes of red in the sea. The harbour from which many troops left for war was in the background.”