It is the summer and there is time to kill so you must permit me to find things less serious and more fanciful, Colin Batty definitely fits that universe. Initially found in The Guardian but then followed up at Colin Batty’s Peculiarium

Colin Batty’s interest in the bizarre stems from a childhood love of sci-fi. “The kids who weren’t good at sports would spend a lot of time on their own,” he says. “So I got into outsider stuff, like Frankenstein and movie monsters.” The Mancunian artist has worked in animation for 30 years, including on the Oscar-winning short The Sandman in 1992 and various Tim Burton films. His most recent project is a series of cabinet cards – late-19th- and early-20th-century formal portraits he alters to include unexpected monstrous elements. “The photos suggest their own stories. Some are just crying out for me to stick something in there.” 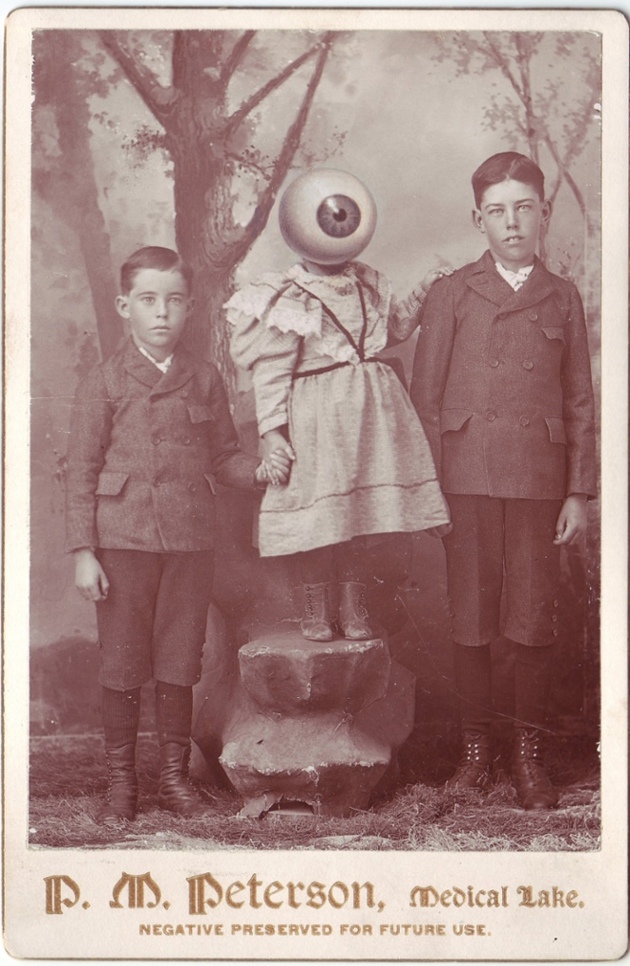