The winners of the 2015 iPhone Photography Awards – in pictures

Have iPhones dumbed down or democratised photography? You decide after viewing some of the winning entries from this years competition. I think having an iphone photography award is a bit like saying flat screen tv. It is a photography award the iphone bit is irrelevant. 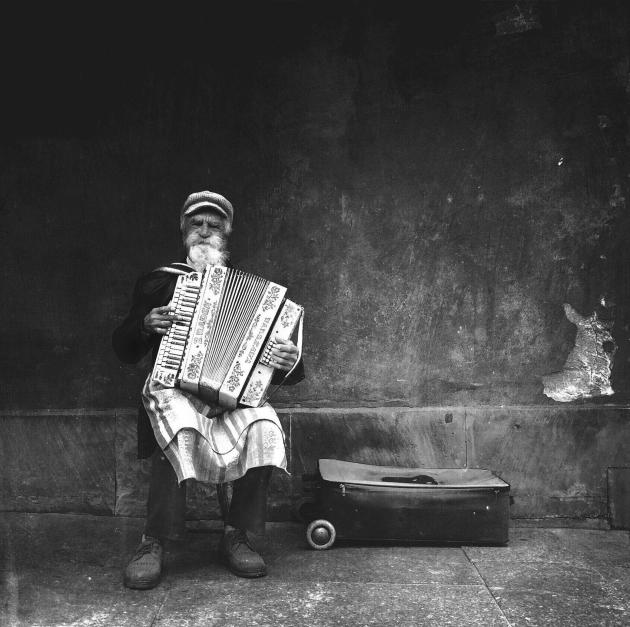 Michal Koralewski from Kozieglowy, Poland, won photographer of the year with this image of an accordionist in a square in Warsaw.

Ahmed Saeed of Cairo, Eypt was placed first in the travel section with his vibrant image of the Nubian village of Gharb Sehal at Aswan.

Alexander Vu from Walnut, California, United States photographed Bob, who was painting a dormitory at an orphanage in Haiti and placed second in portraits.

Heather Goss of Granf Haven, United States took first place in seasons with her image of the pier at an iced-over Lake Michigan.

Ruiridh McGlynn of Edinburgh, United Kingdom, took this picture of a wind blasted tree in the desert in Qatar near the Saudi Arabian border and was awarded first place in the tree section.

See all the winners here

North Korea – A Life between Propaganda and Reality – Alice Wielinga

A fascinating mix of propaganda and photography. Found in the Guardian

After winning the first prize at the Photo Folio Review 2014, North Korea, a Life between Propaganda and Reality will be shown during the 2015 edition of the international renown photofestival Les Rencontres d’Arles.

As the winner of the Photo Folio Review 2014, Alice’s project will be shown in a soloshow at the Eglise Saint Blaise.

On North Korea, a Life between Propaganda and Reality:
April 2013. While the Western media follows Kim Jong-Un’s steps during his missile test launches, I travel 2,500 kilometres through the North Korean interior. Once arrived, the images I know from my advance research correspond with the scenes my guides proudly show me during their propaganda tour. But seeing these scenes with my own eyes, I gradually discover that behind everything they present to me, a different reality is hidden. While I listen to my guides talking about what invaluable contributions the greatly admired leaders made to their country, I drive through a landscape that looks haggard and desolate. During my journey I collect propaganda material and take photographs of the reality I encounter. This material is the basis for my multimedia project ‘North Korea, a Life between Propaganda and Reality’. With the found propaganda images and my own photographs I compose a story that deconstructs the North Korean propaganda.

The exhibition can be visited from July 6 till September 20 in Eglise Saint Blaise in Arles. 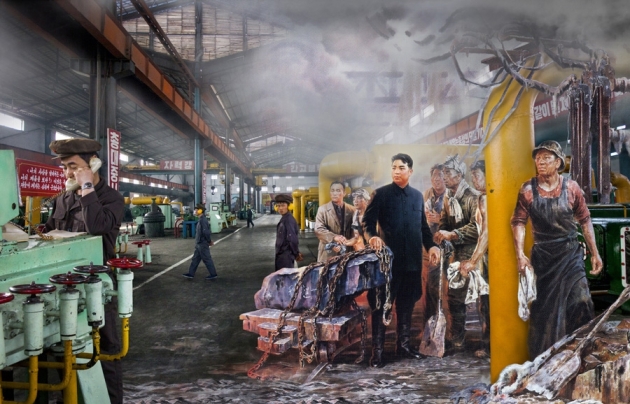 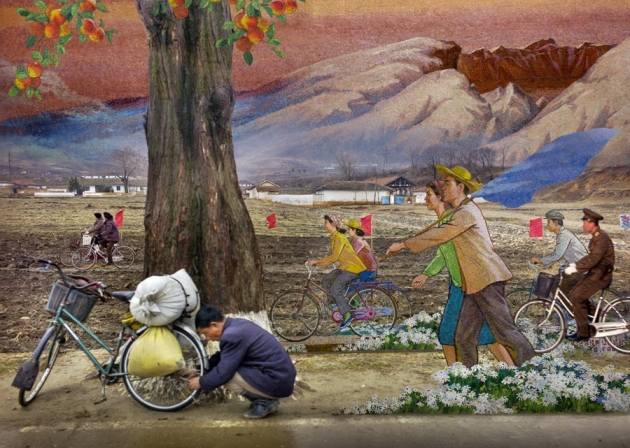