We featured Huang Qingjun a little while ago with his series  of earlier photographs of people with all their possessions showed the social changes that have taken place in China. “People’s lives have changed enormously,” he told the Magazine in 2012. “Maybe their incomes haven’t been affected as much as in the cities, but their thinking has.”

Liu Jun and his family have lived as nomadic herders for generations – he settled in a town but still lives in his yurt every spring and autumn. When he’s on the grasslands he shops online, waiting five days for orders to arrive at a nearby outpost.

Photographer Huang Qingjun is famous in China for his photo series, Family Stuff. Since 2003 he has been asking subjects to pose with everything they own, neatly displayed in front of their homes.

Huang has eyes that crinkle at the sides when he smiles. It’s a friendly face, and a huge asset when he asks people to do things that you might expect would result in a flat refusal.

“I look for people from all corners of China to showcase what they have. It’s a transparent and interesting way to look into people’s lives,” Huang explains.

“People usually only invite good friends to their homes, because it’s a private space, but my pictures show what people possess. They satisfy our natural curiosity.

Huang’s new project is based on a similar idea – this time, he asked people to display everything they’ve ever bought online. The results are a testament to the overwhelming popularity of online shopping, particularly China’s most popular internet shopping platform, Taobao.

“Taobao saw my Family Stuff project, and asked if I wanted to do a special series looking at online shopping,” Huang says. “I agreed to do the project, but I had a few of my own ideas in mind. I wanted to find people from all directions: east, west, south and north.” 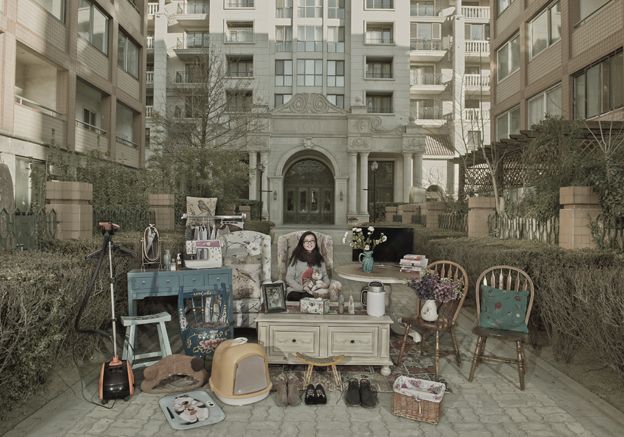 This 28 year old woman in Beijing received some of her Taobao items as wedding gifts last year, including her favourite item, the mirror adorned with a decorative bird.

More than half of China’s 1.4bn population can access the internet via a broadband connection. Many also have access to mobile internet and can shop online using their smartphones.

Internet sales rose 49.7% last year, according to Chinese government statistics, in comparison to a 12% rise in all retail sales across the country.

For people living in remote areas, internet shopping is a lifeline to the outside world – a way to access a host of products that would never be seen where they live. In some of China’s more inaccessible places, delivery crews must sometimes abandon their vans to drop off packages on foot.

Wang Jafeng runs a youth hostel near China’s border with Mongolia and has spent more than $35,000 (£22,800) online. He says internet shopping is a “big joy” in his life. 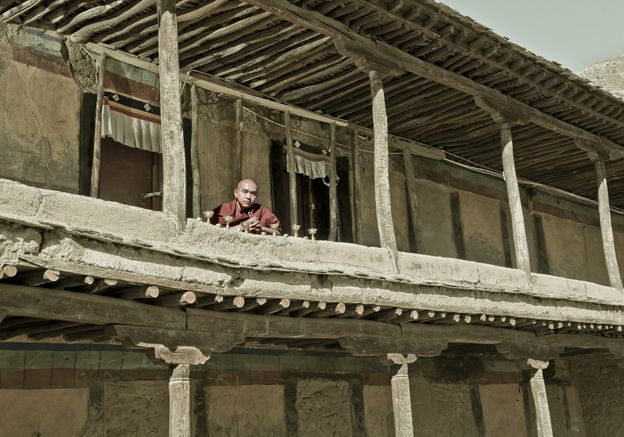 When he was four, Gyatsoling Rinpoche was deemed a reincarnation of a Living Buddha. Now 25, he graduated from the Tibet Medical College and works at the Buddhist Research Institute in Chandu, Tibet. He finds religious items, including yak butter lamps and candles, are cheaper online than in local stores.

A recent film school graduate in Beijing, 26-year-old Li Nian has been a model plane enthusiast since he was a small boy and now runs an aerial photography studio. He designs some of the equipment he needs and finds people online to build it.

Here is a link to the BBC article

And here is the link to Huang Qingjun’s website