Put A Frame To The World: Joel Sternfeld

We live in a world that has been over-saturated with color. With Lightroom presets, Photoshop actions, Instagram filters, and the often heavy handed use of HDR, color in photographs can be (and is) taken to the extreme. As nearly everyone seems to have a camera in their hands at all times (they say there are billions of photos taken every day), somewhere along the way we seem to have lost the subtlety of color, the use of color as an actual element in the image. The ability to use color in a photograph to make it a work of art, as opposed to just an snapshot, is rare.

We sometimes forget that there was a time not very long ago that color was considered new. While Kodak released the first consumer camera, the Brownie, to the public in 1900, it was less than 40 years ago when William Eggleston had his controversial and groundbreaking exhibit at the MoMA, which proved to critics everywhere that color photography is a legitimate art form and deserving of the same respect as black and white. This exhibit was the beginning in the shift in thinking which strongly influenced other photographers, particularly a young newcomer to the profession, Joel Sternfeld. 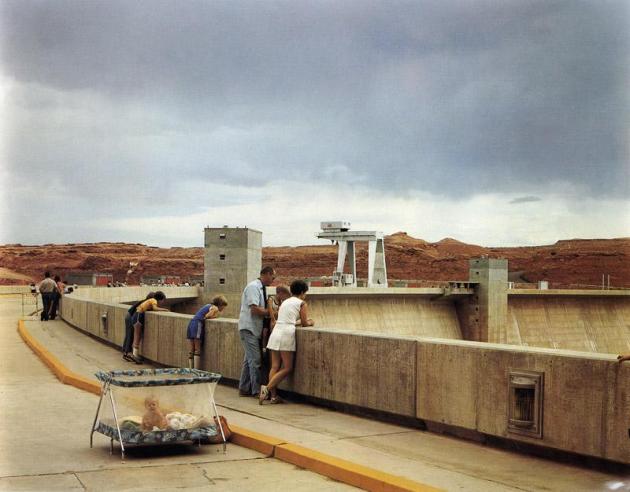 see the rest of this excellent article here