Women walk in front of the Dinamo Kiev’s stadium on February 25, 2014, in Kiev. Ukraine’s interim leader on February 25 delayed the appointment of a new unity government until February 27 as the country sought to find a way out of its most serious political crisis since independence.

Residents of the besieged Palestinian camp of Yarmouk, queuing to receive food supplies, in Damascus, Syria. A United Nations official is calling on warring sides in Syria to allow aid workers to resume distribution of food and medicine in a besieged Palestinian district of Damascus. The call comes as U.N. Secretary General Ban Ki-Moon urged Syrian government to authorize more humanitarian staff to work inside the country, devastated by its 3-year-old conflict.

People use their phones in the relaxation area of the 2014 Mobile World Congress in Barcelona on February 25, 2014 The Mobile World Congress runs from the 24 to 27 February where participants and visitors alike can attend conferences, network, discover cutting-edge products and technologies at among the 1,700 exhibitors as well as seek industry opportunities and make deals. AFP PHOTO/LLUIS GENE

Reflected in a puddle of melted snow, people and dogs walk past umbrellas suspended from trees at Spanish Banks Beach in Vancouver, British Columbia, on Tuesday, Feb. 25, 2014. The art installation, called the “Rainblossom Project”, was put up by an anonymous group to be a celebration of the rain the city receives. (AP Photo/The Canadian Press, Darryl Dyck) 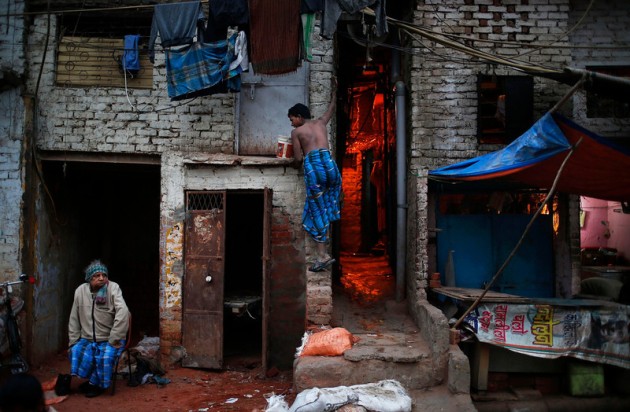 A laborer holds onto a bucket with his teeth as he descends from a single room tenement without proper access at a slum in New Delhi, India, Tuesday Feb. 25, 2014. Migrant laborers often share the cheapest accommodation available to to make working in a city more viable. (AP Photo/Saurabh Das)

A pair of boots sits on top of a barricade at the Independence Square, in Kiev, Ukraine,, Thursday, Feb. 27, 2014. Ukraine put its police on high alert after dozens of armed pro-Russia men stormed and seized local government buildings in Ukraine’s Crimea region early Thursday and raised a Russian flag over a barricade. (AP Photo/Emilio Morenatti)

The 6 best Photoshop layers any photographer can use

Photoshop has many types of layers and adjustment layers available, but there are six that you’ll find you need to use again and again.

The 6 best Photoshop layers any photographer can use

Learning how Photoshop layers should be used may seem a little daunting for beginners, but once you’ve got to grips with them, you’ll find they play a part in the creative process of almost every image you make. Find out what they are here on Digital Camera World