Here is a novelty, but at $500 an expensive one. This is an opportunity to get in on the ground floor with a kickstarter (Kickstarter is a new way to fund creative projects. We’re a home for everything from films, games, and music to art, design, and technology. Kickstarter is full of projects, big and small, that are brought to life through the direct support of people like you. Since our launch in 2009, more than 4.5 million people have pledged over $718 million, funding more than 45,000 creative projects. Thousands of creative projects are raising funds on Kickstarter right now.)

In the 19th Century, the vast majority of photos were shot with the extremely popular Petzval lens. The lens was invented by Joseph Petzval in Vienna in 1840 and had a huge impact on the development of photography. Photos shot with a Petzval lens are immediately recognizable for their sharpness and crispness, strong color saturation, wonderful swirly bokeh effect, artful vignettes and narrow depth of field. The totally distinctive look of Petzval photos is all about the fantastic lens design that gives you the satisfaction of the instant optic experience that goes far beyond using photo editing software and filters.

For this Kickstarter project, we are reinventing the Petzval Lens for 21st century photographers and videographers. It doesn’t matter whether you shoot analog or digital; the brand new Lomography Petzval Portrait Lens is designed to work withCanon EF and Nikon F mount cameras. So, for the first time, you can easily get the fantastic Petzval photographic look with 35mm analog cameras and DSLR cameras too. This will bring with it a whole new world of possibilities; from shooting Petzval photos with your 35mm SLR or DSLR, to creating amazing DSLR movies with the lens!

The Petzval Portrait Lens is a high-quality glass optic; it’s a must-have lens for anyone looking to enhance their creative potential and turn every photo into a timeless artwork.

Expected delivery date of the lenses is on February 2014. However, we are confident to have the first 1000 lenses shipped out by December 2013.

The Story of The Original Petzval Lens

When the original Daguerre & Giroux Camera was introduced in 1839, it used a lens designed by Charles Chevalier. This camera marked the very beginning of modern analog photography and was of fundamental importance. But Chevalier’s lens had several problems. It had a slow, small aperture of f/15; this meant that even in bright sunlight, exposures could take 10 minutes or more.

Joseph Petzval was a Professor of Mathematics at the University of Vienna and worked on a rival lens design which was introduced in 1840 (by the way, as well as being the place where Petzval lived, Vienna is the home of Lomography!). At f/3.6, Petzval’s large aperture design was about 20 times faster than the Chevalier lens and produced photographs which were extremely sharp at the focused area.

Obviously, the original Petzval lens was designed in order to work with the cameras manufactured in the 19th century. Most of these cameras were large-format analog cameras. It’s extremely hard to find a Petzval lens today which works easily with smaller format cameras. The new Lomography Petzval Portrait lens changes all this and allows you to enjoy the magic of the Petzval lens optic using your analog or digital SLR camera. 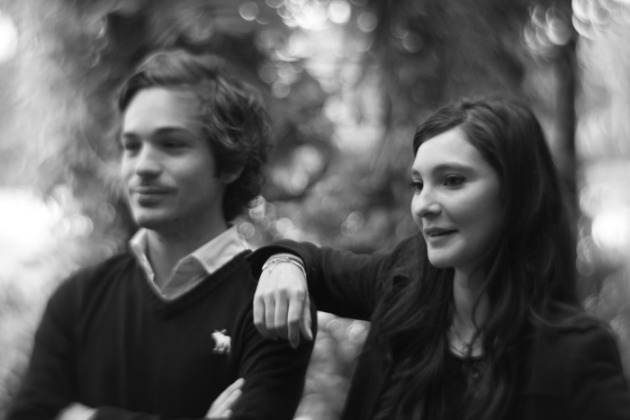