Nepal celebrated the 60th anniversary of the conquest of Mount Everest on Wednesday by honoring climbers who followed in the footsteps of Edmund Hillary and Tenzing Norgay. Nepalese officials offered flower garlands and scarfs to the climbers who took part in the ceremony. They were taken around Katmandu on horse-drawn carriages followed by hundreds of people who marched holding banners to mark the anniversary. Hillary and Norgay reached the summit of Everest on May 29, 1953. Since then thousands of people have reached the 8,850-meter (29,035-foot) peak. Tenzing Norgay died in Darjeeling, India, in 1986 at age 71. Hillary, who died of heart failure in 2008 at the age of 88, attended the golden jubilee celebration of the conquest in 2003. 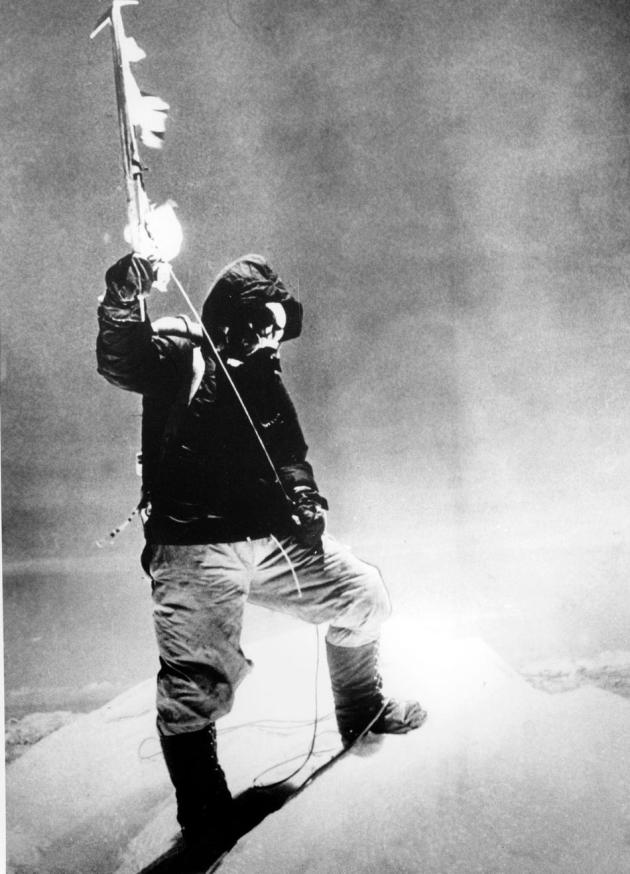 Sherpa Tenzing Norgay stands on the summit of Mount Everest May 29, 1953 after he and climbing partner Edmund Hillary became the first people to reach the highest point on Earth. (AP Photo/Edmund Hillary, Royal Geographical Society) 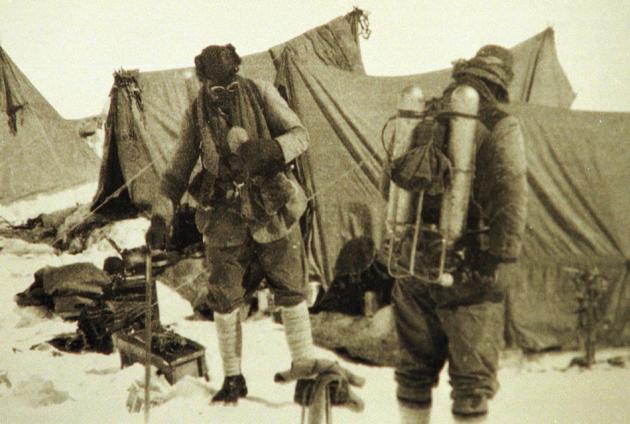 British mountaineers George Mallory and Andrew Irvine, both members of the Mount Everest expeditions in 1922 and 1924, are seen at base camp in Nepal. The pair was preparing to climb the peak of Mount Everest in June of 1924. It is the last image of the men before they disappeared on the mountain. (AP Photo/Str)

Explorers Sardar Tenzing Norgay of Nepal, left, and Sir Edmund Hillary of New Zealand drink tea outside a tent at camp. The pair conquered Mount Everest in 1953. Hillary and Norgay were part of the ninth British Expedition to Everest. (AP Photo/NZPA,Penguin Books, HO)

A photo taken on September 30, 2010 shows Mount Everest (C) from the window of a Druk Air aircraft during a flight from Bangkok to Paro. Everest is the world’s highest mountain above sea level at 8,848 meters (29,029 feet) high. (Ed Jones/AFP/Getty Images)