Native Americans: Portraits From a Century Ago

From the pages of the Atlantic we find these touching images

In the early 1900s, Seattle-based photographer Edward S. Curtis embarked on a project of epic scale, to travel the western United States and document the lives of Native Americans still untouched by Western society. Curtis secured funding from J.P. Morgan, and visited more than 80 tribes over the next 20 years, taking more than 40,000 photographs, 10,000 wax cylinder recordings, and huge volumes of notes and sketches. The end result was a 20-volume set of books illustrated with nearly 2,000 photographs, titled “The North American Indian.” In the hundred-plus years since the first volume was published, Curtis’s depictions have been both praised and criticized. The sheer documentary value of such a huge and thorough project has been celebrated, while critics of the photography have objected to a perpetuation of the myth of the “noble savage” in stage-managed portraits. Step back now, into the early 20th century, and let Edward Curtis show you just a few of the thousands of faces he viewed through his lens. 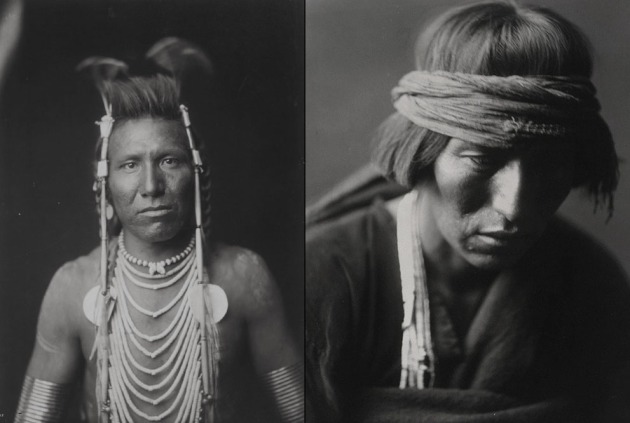 See all of the images here