3 Comments Posted by oxfordschoolofphotography on March 29, 2013

“With film, I immediately felt more involved both mentally and physically with the entire photographic process, because there was a tangible object I could physically touch and hold. With digital, I never seemed to be completely satisfied or proud of the photograph I had taken, even if the content and composition was what I wanted or intended it to be.”

Hacker processes all of his own black and white film and makes his own prints in his darkroom which doubles as a bedroom in his small apartment.

“The fact that we live in a digital world makes it that much more difficult to shoot analogue because the supplies aren’t nearly as readily available as they once were – although I consider myself lucky because there is still a strong analogue presence in NYC compared to most cities. The analogue process will continue to be not only an increasing financial burden, but also very time consuming when compared to the quick workflows of digital. However, I will always greatly prefer a print made either in the darkroom or with another alternative process to a print made from a digital file.” This wonderful set of images is from The Denver Post, go here to see all of the portraits 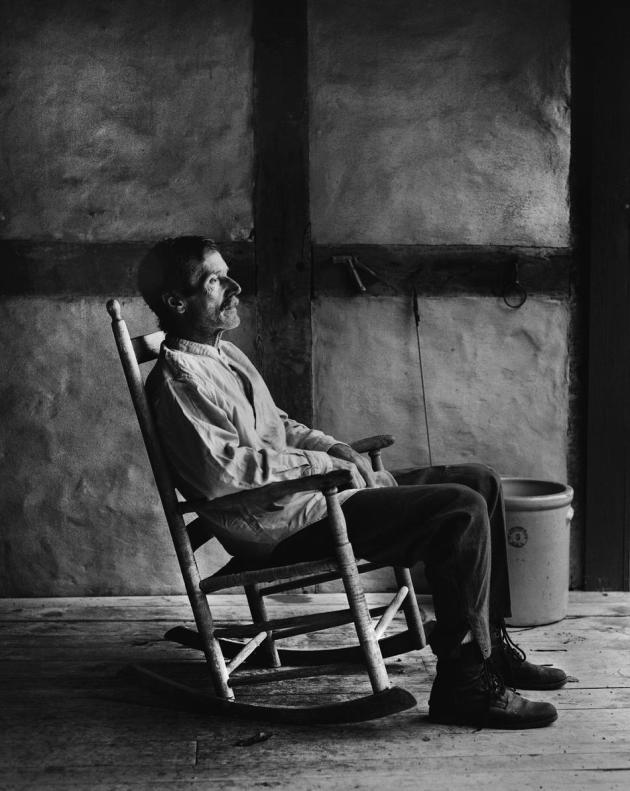 Portrait of my father as he sits on the front porch of the 19th century log cabin he restored after nearly 100 years of vacancy. The cabin was first built in the 1850’s. 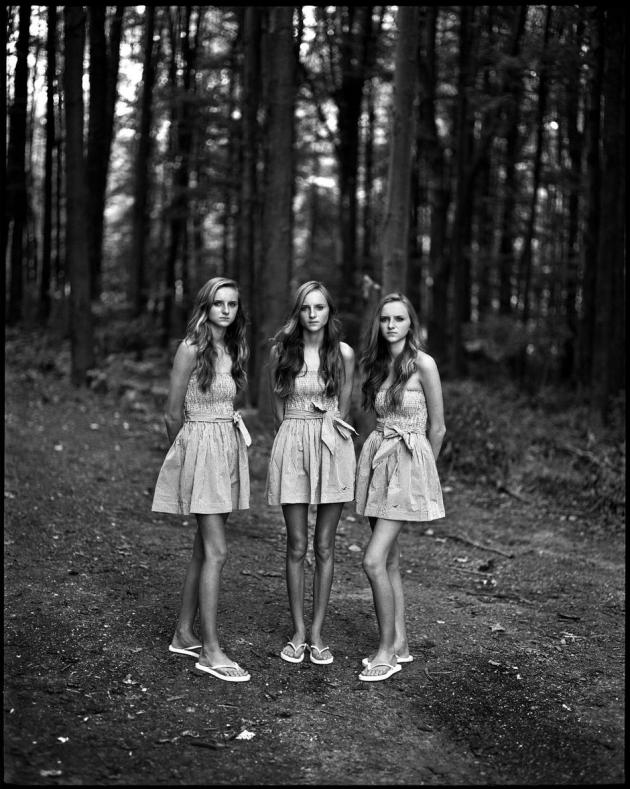 Portrait of a set of triplets. The photograph was taken shortly after a look-alike competition at the annual Twinsburg Festival located in Twinsburg, Ohio. For over 30 years, hundreds of twins gather from around the world to participate in the annual festival. 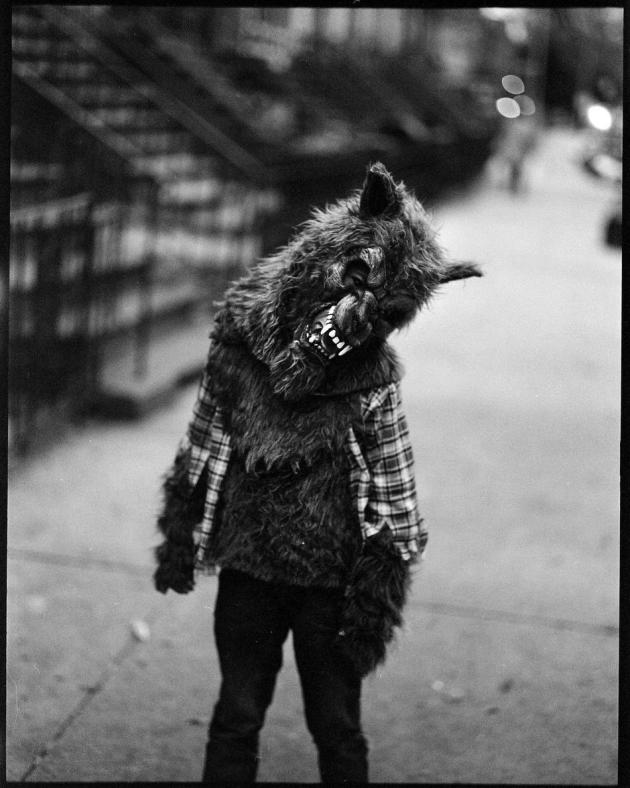 Portrait of a young boy dressed as a werewolf in Bedstuy, Brooklyn. Halloween was delayed in most areas of New York due to Hurricane Sandy.