OK these are not our choice but that of Sean O’Hagan writing in the Guardian. Sean is a really excellent writer on photography and whenever we feature one of his pieces we get comments both in agreement and opposition. This list is by our consideration controversial and seems to miss some of the obvious and maybe that is the point. We would ask, where is Robert Mapplethorpe or more importantly Cindy Sherman but that is something you might completely disagree with. Do go and have a look and either nod sagely in agreement with Sean or howl at all you think he has missed.

From Andy Warhol in drag and Giles Duley’s ‘broken statue’, to John Coplans’s back and Gillian Wearing as her father 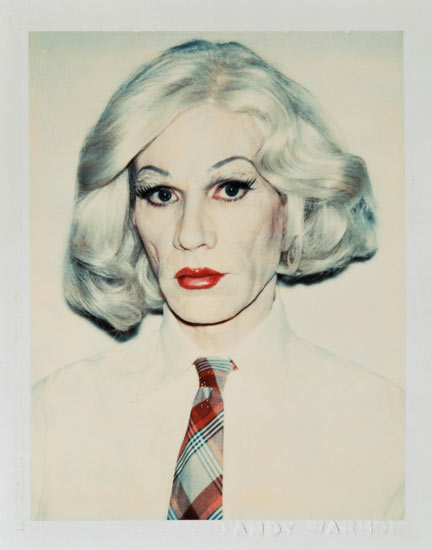 Warhol’s pop art depended on photography. He used found photographic images as the basis for many of his silk-screen paintings, but he also took thousands of Polaroids. Some became the source material for his commissioned portraits, but most were filed away in his archive – a kind of intimate visual record of his life. His most famous self-portrait features an exaggerated version of himself in a fright wig, but the series of self-portraits he made of himself in drag in 1981 is both more restrained and more formally accomplished. Here, the persona of celebrity blankness he so carefully cultivated is refined to an almost self-parodic extent: a mask of a mask.

See the other 9 best here