3 Comments Posted by oxfordschoolofphotography on November 9, 2011

“The winning image was taken in the guinea pig judging area at the Royal Welsh Show, says winner Jooney Woodward. “I found her image immediately striking with her long, red hair and white stewarding coat. She is holding her own guinea pig called Gentleman Jack, named after the Jack Daniel’s whisky box in which he was given to her. Using natural light from a skylight above, I took just three frames and this image was the first.” Woodward used a Mamiya RZ medium format camera to shoot her winning image.

The exhibition is opened until 12 February 2012 and features a selection of 60 portraits chosen from among 6033 submissions entered by 2506 photographers.” 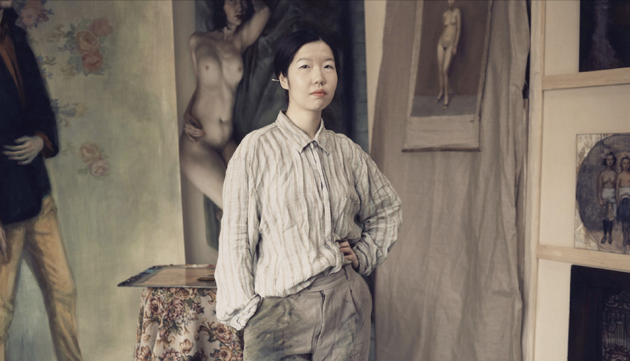 Jasper Clarke’s Wen was taken from a personal project depicting artists and musicians who live in their work spaces. 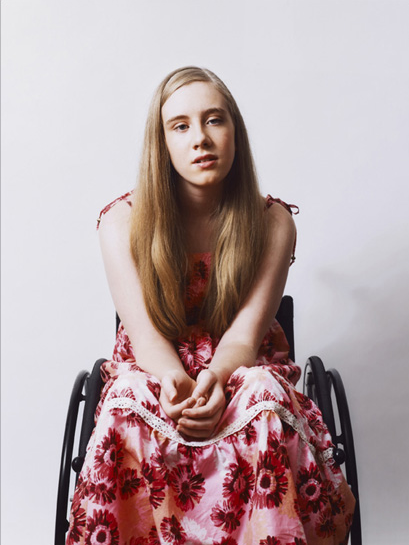 David Knight’s picture of 15-year-old Andie Poetschka was commissioned by Loud for the Cerebral Palsy Alliance to raise awareness of the condition throughout Australia. This is the third year running that his work has been included in the exhibition, but is the first time on the shortlist. 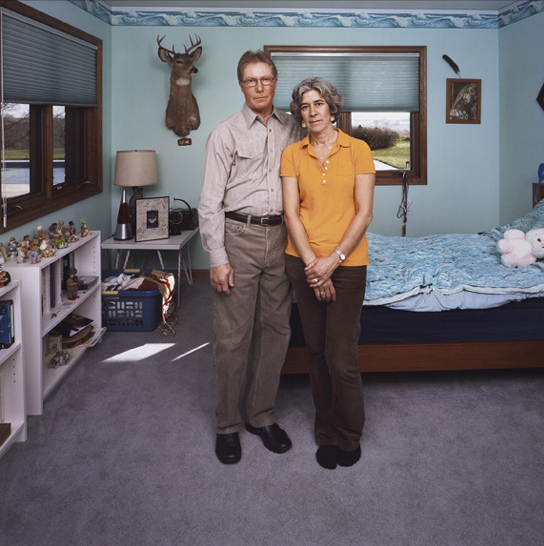 Dona Schwartz’s portrait captured Christina and Mark Bigelow in their son’s empty bedroom as part of a series of photos which explore moments of change in parents’ lives. Last year, her portrait of expectant parents was chosen for the exhibition. 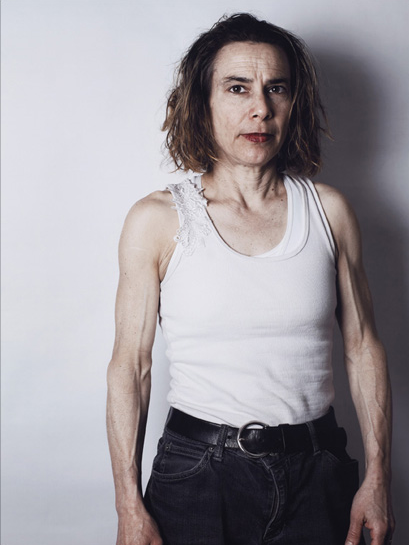 Jill Wooster captured her friend Lili for her picture, which was taken as part of a series of photos portraying women in their forties and fifties at “pivotal stages of their lives”, Wooster said.

“For the first time five photographers – instead of four – have been shortlisted for the Taylor Wessing Photographic Portrait Prize. …The winner receives £12,000, but there are smaller cash amounts for all four runners up….The final shortlist was determined by a panel of judges from 6,000 submissions from a mixture of established and emerging photographic talent. The judges also selected 60 images, which will be exhibited at the National Portrait Gallery…..Sandy Nairne, director of the National Portrait Gallery, said determining the shortlist always “produces much creative debate about what makes an exceptional portrait today”. …… The exhibition begins on 10 November and will run until February next year. The winner was announced today.”